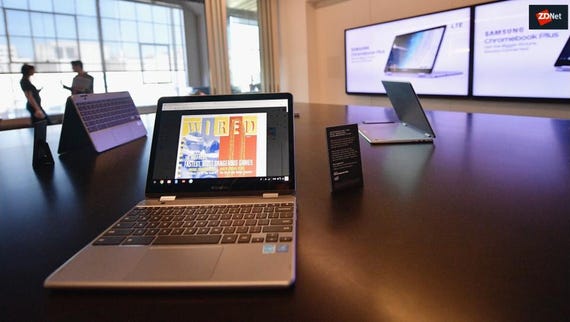 The company has partnered with Google to"bring enterprises and cloud workers full-featured Windows applications to Chrome Enterprise this fall." Chrome Enterprise is Google's business service for Chromebooks. With it, for $50 a device per year, your IT crew gets access to Managed Google Play via an approved Enterprise Mobility Manager EMM for Cisco Meraki; Citrix XenMobile; IBM MaaS360; ManageEngine Mobile Device Manager Plus; or VMware Workspace ONE. It also includes Active Directory (AD) integration.

How? Parallels doesn't go into any details.

Presumably, though, it would be by running on a Google Cloud-based version of its Parallels Remote Application Server. This program can work in concert with Microsoft's Remote Desktop Services to bring remote Windows apps to a variety of non-Windows desktops.

Stay tuned. Being able to easily run the full Microsoft family of programs on Chromebooks may prove to be an attractive option for some businesses. Working from home is making companies much more interested in remote access programs such as Parallels and Desktop as a Service (DaaS) options.

Join Discussion for: Parallels and Google to bring full-featured...