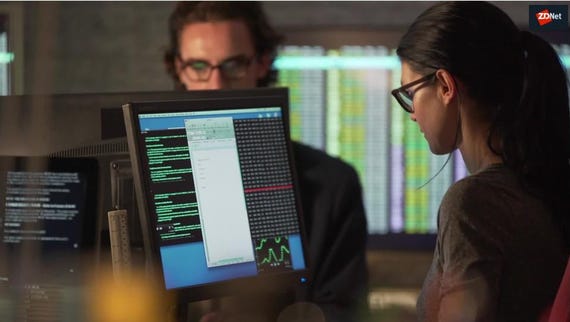 Kaspersky has warned of an ongoing campaign in which malicious apps hosted by Google Play are covertly spying and stealing Android user data.

On Tuesday, cybersecurity researchers said the campaign, dubbed PhantomLance, has been active for at least four years and is ongoing.

According to the team, "dozens" of malicious apps connected to PhantomLance and harboring a new Trojan have been discovered in Google Play, the tech giant's official Android mobile application repository. In addition, malicious apps have also been found on the APK download site APKpure.

Back in July 2019, the Doctor Web team published research on a new Trojan buried in an application on Google Play that masqueraded as an OpenGL Plugin.

Once launched, the malicious app simulates a check for new versions of OpenGL ES, but actually installs a backdoor and begins exfiltrating user information.

Kaspersky says that a similar sample of this Trojan was found on Google Play and its sophistication -- including the use of high levels of encryption and an ability to adapt malicious payloads depending on the mobile device environment -- suggests that PhantomLance is not the work of run-of-the-mill threat actors.

The PhantomLance malware, of which multiple variations have been traced, has the basic functions of spyware, such as exfiltration functions for stealing user information including phone call logs, contacts, GPS data, SMS messages, and device model and OS information.

The Trojan is able to build a backdoor to transfer this data to the operator's command-and-control (C2) server as well as deploy additional malicious payloads.

Kaspersky suspects an Advanced Persistent Threat (APT) group may be behind the campaign due to the care taken to mask its tracks. In "almost every case," the team says, fake developer profiles were created with associated GitHub accounts, and in order to avoid detection, the first version of each app uploaded to Google Play or APKpure did not contain malicious code.

"With later updates, applications received both malicious payloads and a code to drop and execute these payloads," Kaspersky says.

Approximately 300 infection attempts have been traced to Android devices in countries including India, Vietnam, Bangladesh, and Indonesia since 2016.

Attribution is often a difficult prospect. However, in the case of PhantomLance, there are some indicators that the APT group OceanLotus, also known as APT32, is involved.

After sorting through the codebase of the malicious apps, Kasperksy assessed with "medium confidence" that OceanLotus is behind the payloads. This is because at least 20% of the codebase is similar to older Android cyberattacks and campaigns launched by the group, which also tends to target victims across South East Asia.

BlackBerry researchers, too, found evidence of the malware and OceanLotus entering Google Play in 2019, with the campaign named Operation OceanMobile.

OceanLotus has been active since 2013 and has been linked to campaigns against entities including the Vietnamese and Chinese governments. Recently, a fresh attack was launched the Chinese Ministry of Emergency Management in a bid to find and steal data relating to the COVID-19 pandemic.

Kaspersky has reported all of the malicious apps found. Google has since removed them from the store.

"PhantomLance has been going on for over five years and the threat actors managed to bypass the app stores' filters several times, using advanced techniques to achieve their goals," says said Alexey Firsh, a Kaspersky researcher. "We can also see that the use of mobile platforms as a primary infection point is becoming more popular."