Phones and more: The best of everything mobile from 2019

Whatever you're looking for in a smartphone -- best camera, longest battery life, overall value -- Matthew Miller has picked his favorite device in every category. Plus: The best tablet, smartwatch, sports watch, and activity tracker.
Written by Matthew Miller, Contributor on Dec. 31, 2019 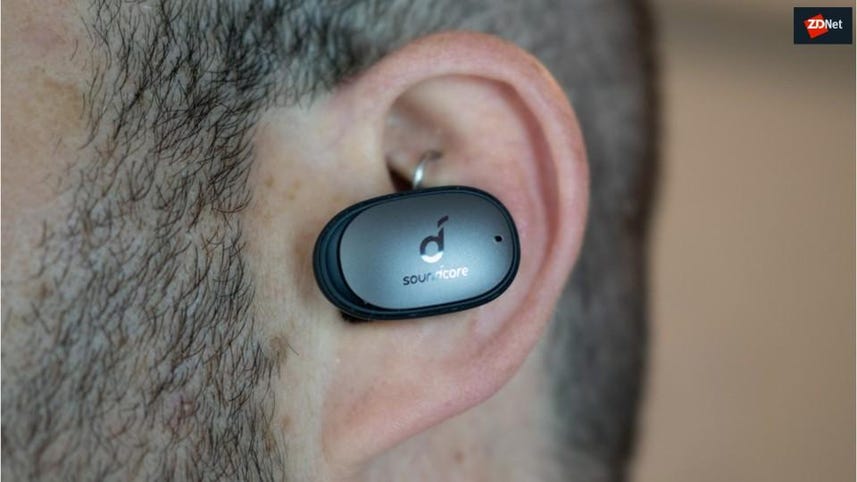 The term best is subjective, but after testing out a number of smartphones, wearables, tablets, and other mobile gear over the past year, I have developed some informed opinions on the tech we use daily. Some devices are clearly the best for everyone, while others are champions in their particular ecosystem or targeted market.

My most popular ZDNet post of 2019 was the 10 best smartphones list that I update regularly as new phones are released. The phones released in 2019 were so good that it made limiting the post to 10 phones very difficult. The top spot was primarily occupied by the Samsung Galaxy Note 9, Apple iPhone 11 Pro, Galaxy Note 10 Plus, and the OnePlus 7T Pro 5G McLaren.

I have a few titles I would like to award to the various mobile tech I reviewed in 2019.

I recently updated my 10 best smartphones post after all major announcements of 2019 were completed. While it isn't the current number one on the list, the Apple iPhone 11 Pro is the one phone I keep grabbing when I only want to pack one phone along for everything. If I didn't write about phones here on ZDNet, the iPhone 11 Pro is the one phone I would own. It is sized right, has amazing battery life, incorporates three cameras with all the functionality you could want, gets updated regularly, and has the best applications and services in a smartphone.

This one was an easy pick and after spending more than a month with the Samsung Galaxy Fold it was clearly the most innovative phone of 2019. I considered it as my best overall smartphone, but at $2,000 and with some compromises made due to the unique folding display I decided to call it out with another category. It was a sheer joy to have a phone serve as a capable small tablet even though using multiple apps at once wasn't that productive. Samsung did a great job with the second release of this phone and I look forward to more great innovations from Samsung in 2020.

OnePlus was successful in securing a US wireless carrier deal in 2018 and continued that in 2019 with T-Mobile, but prices for its flagship models rose near to what we see from others. Google shook up the mid-range market with its Pixel 3a that compromised very little while offering its amazing camera technology, stock Android experience with regular updates, and solid performance. Starting at just $399, the Pixel 3a and 3a XL were the best value smartphones in 2019. The OnePlus 7T was close behind at $599, but for most people the Pixel 3a or 3a XL were the best value in 2019.

The potential was there for Google to take this title, but poor battery life keeps me from giving the Pixel 4 the nod. OnePlus is right there with the 7T Pro and 7T, but lack of water resistance and wireless charging keep them from being named. Thus, I select the Galaxy Note 10 Plus as the best Android smartphone of 2019, especially for the enterprise. Given my recent experiences with the Star Wars Special Edition it gets the nod for the coolest phone too. The Note 10 Plus has everything and a couple of months after its release is starting to get the Android 10/One UI 2 update as well. The S Pen is fantastic and the cameras provide results that have this phone winning MKBHD's recent camera comparison contest.

The most popular iPhone of 2019 is likely the least expensive iPhone 11 and it is an iPhone that will please just about everyone. However, the best iOS smartphone is the iPhone 11 Pro Max due to the long battery life, stainless steel and matte glass construction, triple rear camera setup, and more. It's too big for me personally, but it is the best Apple released in 2019.

Best camera on a phone

While the Samsung Galaxy Note 10 Plus may have been picked by Twitter and Instagram users, I have to give the nod to the Google Pixel 4 and 4 XL for the best camera on a phone. Samsung and Apple offer excellent cameras and you can capture great shots with any flagship available today. However, Google's software is something special and just about every picture you take with the Pixel 4 is good. It would have been an even easier pick if Google had an ultra-wide angle camera, but even without it the Pixel phone remains the one to beat for photography. In terms of video, the Apple iPhone 11 series takes the cake and leaves all Android phones in the dust.

Apple finally listened to some of us who complained about the iPhone battery life over the past few years and decided to stop focusing on making its phones thinner. The iPhone 11 Pro Max and iPhone 11 Pro are a bit thicker than the comparable 2018 iPhone models, but with this increased thickness we see significant improvements in battery life. Apple has also mastered standby time and even with very heavy camera usage I have yet to see my iPhone 11 Pro die before the end of very long days. The ASUS ROG Phone II is likely the phone with the longest battery life thanks to its whopping 6,000 mAh battery, but it's not a phone many will buy. Huawei phones are also no longer readily available and not considered for this title.

While LG's flagship phones, LG G8X, LG V50, and others, offer Quad DAC support and a solid wired audio experience, its speakers and Bluetooth audio leave a lot to be desired. The best audio I've heard on any smartphone, both wired and wireless, comes from the Apple iPhone 11. It's stereo speaker experience and Bluetooth volume/clarity has been tough to beat in 2019 and is often one area overlooked in reviews of smartphones.

Apple's iPad lineup is tough to beat when it comes to tablets with very affordable offerings and extremely powerful Pro models. Google's Pixel Slate has seen jaw-dropping sales recently and remains my personal favorite due to its desktop web browser. Samsung's recent Galaxy Tab S6 is an awesome piece of hardware with an included S Pen and design that holds the S Pen while charging it wirelessly. The Samsung DeX functionality helps provide a desktop-level experience and for the enterprise I'm picking this Samsung tablet as the best tablet of 2019. It starts at just $549.99, which is an excellent price for an extremely capable 10.5 inch tablet. We thought Android tablet makers would give up and let Apple own this category, but Samsung showed it is not ready to give up and is still offering fantastic tablets worth consideration.

While the Apple Watch owns the smartwatch market, the Fitbit brand continues to succeed in the activity tracking market. The Fitbit Versa was popular in 2018 and the Versa 2 improved upon it with a few new features and an updated Fitbit OS. It will be interesting to see what impact Google's acquisition of Fitbit has on Fitbit's hardware, but for now the Versa 2 is one of the best health and fitness devices available today.

Garmin continues to release a number of excellent GPS sports watches, including the recent Darth Vader Legacy Saga series watch, and it's smartphone and web interface are very powerful and useful for improving your health and fitness. However, I spent much of 2019 with the Polar Vantage V and a couple of updates in the latter half of 2019 make it my favorite GPS sports watch available today. It remains one of the only GPS sports watches with running power measured without any additional accessory. In addition to this unique feature, Polar focuses on overall health and fitness improvements with FitSpark, advanced sleep metrics, recovery measurement and implementation into workouts, and the best training plan setup and execution I have ever experienced.

Samsung provided a glimpse of the Galaxy Fold 2 at the Samsung Developer Conference while rumors of the Galaxy S11 and Pixel 4a have recently surfaced. We will see a few mobile tech announcements at CES in a couple of weeks, but MWC in February is sure to reveal even more in mobile technology. I look forward to continued advancements in foldable technology, camera quality, and improved battery life in 2020.

Which were your favorite mobile devices of 2019?

The best tablets for 2019: Our top picks

Whether you're looking for a tablet just to watch videos on, or one to replace your laptop -- 2019 has brought a lot of options.

The very best tech gadgets of 2019

AirPods Pro. Sonos Move. Galaxy Note 10. See what else made our list for best tech gadgets of the past year.

Smartphones
The 6 best rugged phones of 2022