Pixel Schmixel: How Google's phone can escape its Android prison

If Google wants to grow its devices business, the company faces some hard choices. And that may mean becoming more like Apple.
Written by Jason Perlow, Senior Technology Editor on May 12, 2019 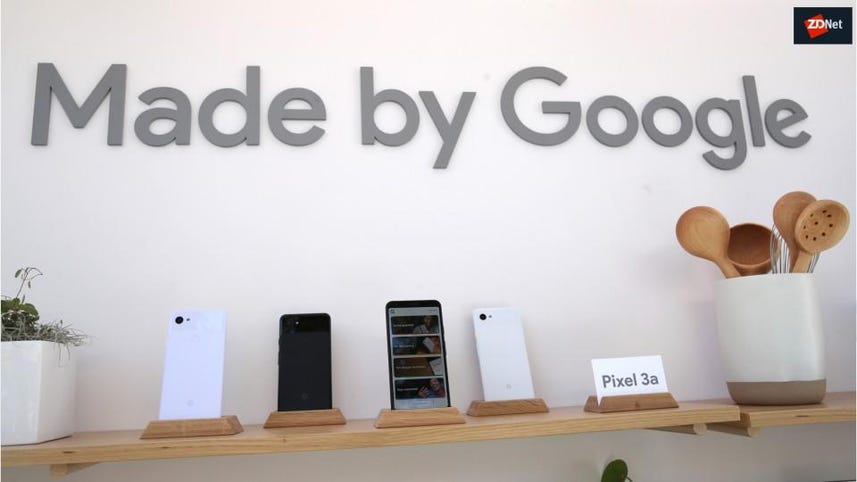 Last week, at its I/O developer conference, Google unveiled its Pixel 3a and Pixel 3a XL smartphones (priced at $399 and $479, respectively), as part of a new strategy to introduce the purist version of its Android platform to a more price-conscious and upgrade-weary consumer.

At face value, the phones do look like a pretty good deal when compared to their more expensive Pixel 3 and Pixel 3 XL counterparts, which were introduced in October of 2018, and cost $400-$420 more.

Is Pixel 3a such a good value?

If you choose to go with the "budget" version of Google's phones, you are giving up the considerably faster, flagship version of last year's Qualcomm's Snapdragon processor, wireless charging, water resistance, HDR-compatible displays, glass sandwich construction, enhanced visual processing for the camera, and you're downgrading to a single selfie cam.

But realistically? The Pixel 3a is the phone Google should have introduced in the first place. It's more than good enough for what most people need, although the anemic 4GB of RAM is still a significant shortcoming, as it was with the higher-priced version introduced last year.

At $399, however, it is hardly the best value in Android smartphones. For roughly the same price or even less, there's plenty of stuff from 2018 with better specs from Chinese competitors, although you might have to shop around a bit. And the camera on the Pixel 3a is probably the best in the business at that price point.

I routinely carry a Pixel 3 in addition to my iPhone XS Max, because it takes significantly better close-up and low-light photos for the kind of food photography that I do. But I doubt most consumers even make the most out of the smartphone cameras they already have.

Why Google is unable to differentiate

The value that Google is trying to sell with its smartphones is Google itself -- not the hardware. As one Android fan site so aptly put it, this is a "Boringly Good" phone.

The purist Google experience is what makes a Pixel a Pixel, along with the ability to receive updates and version upgrades quickly. That's a big plus for software developers who want to jump onto Android pre-release versions as soon as they become available instead of having to contend with the painfully slow release cycle of most OEMs.

But any OEM can make an Android device because Android is Open Source. And anyone can make a "Google Experience" phone if they license the Google Play components, which includes the same apps Google installs on the Pixel.

An OEM can also choose to release an Android One device, which is effectively an OEM version of a Pixel; they can't make any third-party "enhancements" to the OS, and they also have to agree to a strict software update and patching schedule to keep that certification.

Most OEMs, however, have shied away from the Android One program, opting instead for their launcher interfaces and enhancements to differentiate their devices in an increasingly commoditized smartphone marketplace. With very few exceptions, everyone is buying from the same supply chain and using the same indistinguishable components; from a consumer perspective, there very little differentiation besides hardware configuration on Android devices.

Google, in effect, is competing with itself with the Pixel. The same Google services used on the Pixel are available to all the company's Google Play Services licensees. This Android OEM partner ecosystem Google maintains is why Apple has a natural advantage: It doesn't have to differentiate from its partners, because it doesn't have any partners.

Only Apple makes iOS devices. It doesn't have the diversity of devices, and its customers have few choices. There is something to be said for having the OS tied to the hardware and on a routine patch and update schedule that often outlives the lifetime of when a customer owns the product. That helps explain why the used market for iOS devices is still quite strong, and why Apple itself is facing growth challenges with iPhone.

On the flipside, most Android devices never see major version updates of the OS, and the "Toxic Hellstew" of fragmentation is quite real; only about 10 percent of Android devices in the wild have even been updated to Android P, the current version.

Can Google learn from Microsoft?

Microsoft went through a very similar set of challenges when introducing its Surface hardware in late 2012. At the time, the value of the company launching its own devices was questionable when many good Windows laptops from the Windows partner ecosystem already existed. The detachable/convertible tablet format was not proven, and at the time, the Windows 8 OS was not optimized for it, which made it a tough sell.

Flash forward to 2019: The Surface Pro 6, the Surface Book 2, and Surface Laptop 2 are by far the best Windows 10 systems in their classes. You can make a compelling argument that they are even better systems than what Apple offers with comparable MacBook Pros at the same price point. I wouldn't think twice about buying one now versus a partner product if I needed a new Windows 10 machine.

The Surface line provides a superior, bloat-free experience from its competitors, with better functionality, battery life, and portability than most other Windows laptops on the market. As a result of this highly competitive product from Microsoft, the OEMs have also had to step up their game -- I think Dell, HP, and Lenovo are making much better machines now, at least in their business-class offerings.

A solution to an unproven value proposition?

Since the services are how the company makes most of its money, they are faced with the genuine problem of not being able to differentiate with their own branded device, because getting these services into the hands of everyone with an Android phone is what creates services growth.

If the objective now is to grow revenue with a devices business (the exact opposite of what Apple is doing, which is to increase services revenue because device revenue is flat), then there has to be a key differentiator in what Pixel has concerning its competition.

The answer, unfortunately, is going to have to be some cannibalization of the Android partner ecosystem that Google has worked so hard to build. One possible approach: Google could withhold specific app and services functionality from the OEMs and reserve them for their own devices -- such as it does with its Pixel Launcher UI.

But this could backfire by forcing the OEM partners to come up with alternative services and apps. Samsung, for example, would likely consider using the Tizen OS they've now put in the hands of the Linux Foundation on more of their high-end devices -- they've already abandoned WearOS, the smartwatch version of Android, for Tizen. It could also force them to consider pre-loading Microsoft's suite of Android applications, such as Outlook, which is one of the best email clients on the platform. Or even deeper Microsoft partnerships. How about a Samsung Galaxy 365? Not out of the question.

Another possible approach: Google could build loyalty programs by which Pixel and other Google devices customers (Home, Nest, etc.) realize some combined value by owning as many Google-branded devices as possible. It would be akin to building an Amazon Prime-like ecosystem, where ownership would have privileges.

To some extent, Google already does this by providing unlimited cloud backup of photos in original resolution for some Pixel customers (the new 3a phones are apparently exempt from this privilege -- they only have the same "High Quality" backup as any other Google Photos customer). But I believe the company has not gone far enough; it may also need to provide free access to media services and other things to make being a Google device customer more compelling.

The long term solution is an ecosystem reset

Ultimately, the only way Google can solve this problem is to hit the reset switch -- that means a re-evaluation of how its partner and developer ecosystem works. The partners have gotten Android to be where it is as the #1 mobile operating system in the world, but at the expense of Google being its own devices company.

Google is currently developing an entirely new mobile OS, known as Fuchsia. Its components are entirely home-grown, including its kernel -- which is based on a wholly new base operating system called Zircon, not the GNU/Linux and associated userspace libraries that Android uses. Like Android's AOSP, it is also an Open Source project.

With Fuchsia, Google has an opportunity to completely change the way it licenses its components and maintains relationships with OEMs.

In the western world, Google's most significant Android OEM partners are Samsung, LG, and Lenovo. Ultimately, the Chinese domestic market will be controlled by Huawei, Oppo, Xiaomi and others that won't need to license the Play Services.

If Google allows OEMs to continue adding their value-added components and doesn't force them to "Fuchsia One" from the get-go, I think it would just end up being a repeat performance of the mess we have now. We would end up with a new "Toxic Hellstew" only with Fuchsia replacing Android. And as Fuchsia is meant to run Android applications with its version of the Android Runtime (ART), it's entirely possible that Google simply intends Fucshia to be an engine swap for all parties involved.

Indeed, I think Google could, in anticipation of doing this, begin the process of forcing OEMs to be Android One licensees if they are licensing the entire Google Play Services stack. At the same time, it may want to reduce the number of OEM/ODM partners total, so that effectively, every new Android phone released in the wild is a Google-branded phone, regardless of who manufactures it.

In essence, this would be a return to the "Nexus" style of OEM relationship where equipment is co-branded. Now, arguably, the Nexus line never lived up to expectations, as these devices had carrier exclusives and differences which made a Verizon Galaxy Nexus different from an AT&T model, for example. Presumably, a national carrier migration in North America to a global 5G standard (which in the United States, increasingly appears to be a Qualcomm-based one) would mitigate this in the future.

Google needs to make some hard choices, and part of this would have to be becoming more like Apple. I don't see them being able to expand their own devices business while allowing their partners to continue to maintain their market share.

Does Google need to do a complete reset on its partner ecosystem if it expects to improve its Pixel market share? Talk Back and Let Me Know.