I have no interest in actually playing Pokemon. But I qualify myself as keen Poke-observer.

My wife, Rachel, has bought into Pokemon Go hook, line and sinker. We spent a good part of the weekend after the game's release chasing imaginary animals that don't exist.

She makes me stop the car for Pokestops, and even urges me not to drive so fast so she can grab the things from the side of the road.

VR and AR: The Business Reality Virtual Reality and Augmented Reality are going to be useful for far more than just gaming. We explore the ways the technology will be used for training, marketing, product design, and much more.

I'm not overly concerned about it, though. Despite all of this Pokemon rage, I think large scale interest in the game will likely peter out by the end of the summer. It's a fad.

The game-play is frankly too simplistic to sustain interest for too long. (Let's face it, keeping the attention of children or even adults in this day and age with any product or app is going to be challenging.) And it lacks much of the social and competitive dynamics of the most profitable game franchises currently on both iOS and Android.

It also remains to be seen if Niantic itself, the app's developer, is going to make enough money from this game to make it sustainable.

Yes, I am aware Nintendo's stock went up 70 percent shortly after the game was released. That's $7.5 billion.

But Nintendo is the licensing agent of the Pokemon brand and characters, it only has a minority interest. It's Niantic as the software developer and primary consumer of Google Compute/App Engine services -- on which the game infrastructure runs -- who has the most at stake in this.

Still, there are many lessons to be learned from Pokemon Go. This was a dry run for an entirely new class of augmented reality applications that will not only lead to a new gold rush in game and application development, but change the way businesses interact online and also in the real world.

It should be noted that Pokemon Go is not a true augmented reality application. True AR involves a great deal more information overlay and presentation than this game -- and today's smartphone hardware -- is capable of handling.

But there are things that we could see from future location-based smartphone apps -- possibly even updated incarnations of Pokemon Go itself -- that could easily take AR apps to the next level.

Enterprise Apps: The Next Generation Enterprise applications power the heart of business productivity, but they are traditionally difficult to implement, upgrade, and innovate. We look at how the next generation of enterprise apps could change the game.

Today the monetization aspect of Pokemon Go is fairly simplistic. Niantic makes money by selling one thing, which are "coins". End-users purchase these coins using real money, and coins are used to buy certain types of in-game items that enhance the game-play experience.

This is pretty standard for mobile games that have in-app purchases to engage players. In addition to joining advertising networks, this is how virtually every game is monetized, whether it is Candy Crush, Clash of Clans or Mobile Strike.

While it is the #1 downloaded app on Apple's App Store for iOS, Pokemon Go currently ranks #16 in terms of "Top Grossing." Niantic has not reported actual revenues on the game yet and it is hard to say what the income gap is between #15, Hay Day, and Pokemon Go.

On Android, which has over a 65 percent market share on mobile devices worldwide, Pokemon is currently ranked #1 by income. It should be noted however, that the platform is about 75 percent less profitable to software developers than iOS's App Store is.

So it's still too early to tell what the true revenue impact to Niantic is versus its actual cloud consumption costs on Google App Engine, which are surely significant given the volume of player interaction that is occurring within the game.

While end-user game-play item consumption is an important aspect to all of this, you can't really think about the future of game monetization without a tie-in to business. So far, Pokemon and Niantic has largely failed to engage on that front.

In fact, businesses have actually been monetizing the game largely as a side-effect. How?

One of the popular items for purchase in Pokemon Go are "lures". A lure, when activated, attracts Pokemon creatures to an area. They last 30 minutes each. When purchased in bulk using coin credits, it costs roughly $1.20 an hour to do this.

Right now, lures only work when activated as a module in a "Pokestop". Pokestops are geographically designated points within Google Maps, chosen by Niantic, where players can re-charge on "Pokeballs" and acquire "eggs" that mature into Pokemon.

If your brick and mortar business happens to be situated relatively close to a Pokestop, you can understand where this is going.

For a mere $1.20 an hour you can attract a huge amount of customers to your business. There have already been reports of some businesses getting as much as a 75 percent increase in profitability due to lure usage. 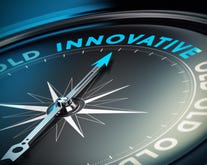 But all of this is a side-effect. Niantic is not engaging businesses to buy lures or advertise their businesses within the game. A business cannot yet buy or sponsor a Pokestop or a "Gym" location (where players can do battle with other players and win Pokemon, the only true social aspect of the game).

There's no way for a business to even set up a continuous, sponsored lure at an existing Pokestop -- such as setting up a credit card account to auto-charge lures.

And while you can drop "incense" at any location to attract Pokemon, it doesn't have the range or the attraction power of a Pokestop lure, so it doesn't give a business nearly as much bang for the buck.

But Pokemon sponsorship is coming. And some of the biggest names in retail are looking at it, such as McDonald's.

Once this happens an entirely new dynamic to business competition within the virtual and real world enters the fray.

If you can buy and sponsor Pokestops and gyms, then there will be clearly different levels of participation -- at least it would make sense for Niantic to do it this way.

Certain Pokestops, in theory, could attract larger amounts of Pokemon, or rarer Pokemon depending on the level of investment. The range of the lures could also be adjusted depending on what is negotiated or strategically desired by the business and Niantic.

This means certain types of businesses, such as fast-food chains like McDonald's, are in a better position to dominate this game than others because of the amount of capital they have to invest in advertising.

Much as SEO and domain name cybersquatting currently determines a lot of business success on the web, these types of dynamics are going to heavily influence success within an augmented reality and geographically enhanced app world.

There are obviously some concerns here. Should we allow certain kinds of businesses like McDonald's to have undue influence on captive audiences like children?

Will parents be able to set controls on these types of games, or at the cloud services provider level to turn off the AR or geographic overlay at a certain level of granularity?

This is how virtual reality could go spectacularly... SEE FULL GALLERY

For example, I should be able to log into Google Maps, the data provider for Pokemon Go, and blacklist entire categories of businesses from being able to show lures or Pokemon in their vicinity on devices I own.

Maybe I don't want my kids hanging out at McDonald's. Or near pizza places, ice cream parlors, pawn shops and cigar stops.

Or adult videostores and gun shops. Or even places of worship. Or public parks. You get the idea.

In addition to the ethical implications of geo-based advertising and AR, do we even want businesses attracting large amounts of people into certain areas with this game? Should private individuals and home owners associations have rights in this respect?

What sort of "virtual eminent domain" issues arise from this? In South Florida, where I live, neighborhoods with HOAs and gated communities are largely zoned separate from commercial zones and could opt-out of Pokemon fairly easily.

But in more urban areas it would be more difficult to do this, especially if you had a multi-dwelling residence like an apartment building that was adjacent to or had retail space in it.

Besides the real-world implications on how this impacts businesses, residents and end-users there is the issue of who is best positioned to interact with geographical APIs and the AR overlays themselves.

It should come as no surprise that Niantic is a spin-off of Google and thus has unique insight into how Google Maps' APIs function. Does that mean it just became a geo-informational data power broker? Does it now in fact have a platform other developers can use, or can other developers equally make use of the metadata Niantic uses for Pokemon?

All of these are questions that I would like to see answered. Whether Pokemon itself is a fad or the next big thing doesn't matter -- the future impact of this technology on brick and mortar business is going to be significant. What do you think? Talk Back and Let Me Know.

Join Discussion for: Pokémon Go: An AR marketing experiment with...