Police drones are taking to the skies

The police air force in the UK is trialing drone technologies to help on-the-ground officers.
Written by Daphne Leprince-Ringuet on Sept. 15, 2020 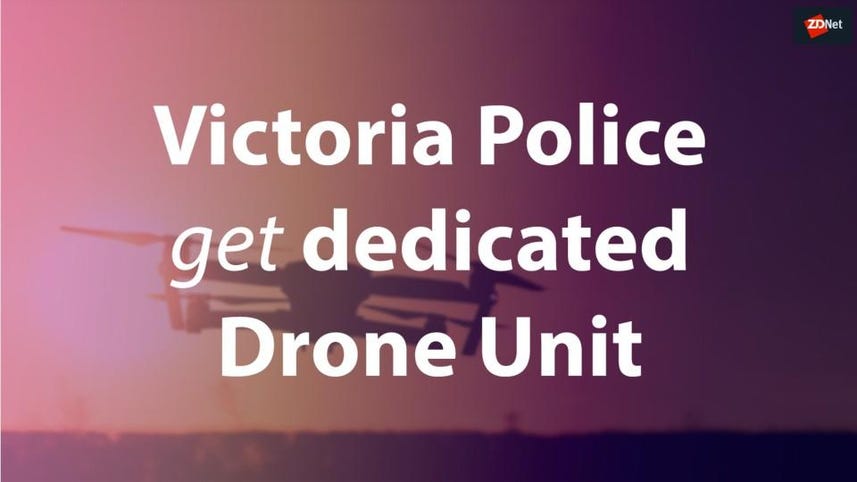 Police forces in the UK are trialing the use of drones to provide air support to forces on the ground in cases where deploying a helicopter or an aeroplane might be less practical.

The National Police Air Service (NPAS), the police aviation service that assists territorial police forces in England and Wales, is evaluating how drone technology might complement its existing national fleet of helicopters and planes.

First trials for the technology kicked off at West Wales Airport near Aberporth, and included various typical scenarios that the NPAS's fleet might be confronted with. Typically, police forces request NPAS to assist them with tasks such as searching for suspects or missing people, vehicle pursuits, public order, counter-terrorism and firearms incidents.

Ollie Dismore, director of flight operations at NPAS, said: "Currently serviced by our national mixed fleet of helicopters and aeroplanes, police forces require us to embrace innovation and make use of advancing technology.

"With continuous advances in UAV capabilities, UK policing is rightly seeking to explore the viability of platforms such as these for possible future use in delivering police air support nationally."

The organisation used the Hermes 900 drone, built by Israeli electronics company Elbit Systems, which is a mid-sized, medium-altitude drone that can fly at 140 miles per hour. The company also provided the technology for trials carried out recently by the UK's Maritime and Coastguard Agency (MCA) to evaluate the use of drones in search and rescue missions.

A report is expected to follow soon to detail whether the capabilities offered by the Hermes 900 are fit to expand the technology to the rest of the country.

"If this technology enables us to fulfill our national remit more efficiently and either as or more effectively than with our current assets, then it will be considered as part of a future national police air service fleet," said Dismore.

SEE: Police launch drones to make sure you're wearing a mask

Some forces across the country have already adopted drones, assisting police officers with an extra-eye-in-the sky to better target criminals. Large areas can be scanned much faster thanks to the technology, meaning that it is easier to hunt for criminals and missing people, scout areas that are hard to reach, or generate live feeds from major incidents or events.

Derbyshire Police, for example, recently celebrated the first-year anniversary of its new drone unit. Since the technology has been deployed, drones have been sent to 1,250 incidents scenes, and are estimated to have saved £750,000 in situations where NPAS would have otherwise been called out to assist.

Police use of drones, however, is also the cause of concern for privacy activists who worry that the technology could be used against citizens for surveillance purposes.

Earlier this year, at the height of the COVID-19 pandemic and while the UK's lock-down measures were still stringent, Derbyshire police released footage on Twitter obtained from a drone, pointing to and shaming dog-walkers in the Peak District.

Police forces, however, insist that drones are only a mobile version of CCTV cameras, and that they are compliant with strict legislation that governs their use by officers.

Home & Office
Microsoft: Here are the new features coming to OneNote on Windows