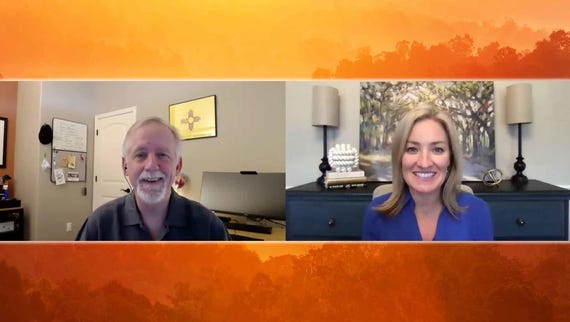 Last week we asked ZDNet readers to weigh in on the decision by the U.S. Government and 11 state attorneys general to file antitrust charges against Google. Do you think Google is guilty? And if so, what do you think is the best remedy?

In all, we received 1023 responses. It's worth noting right up front that this isn't a scientific survey, so treat the results as interesting but not necessarily an accurate representation of general public opinion.

Should Google be found guilty of violating U.S. antitrust laws?

By an overwhelming margin, survey respondents agreed that Google should be found guilty of violating U.S. antitrust laws. Nearly 68% answered yes to that question, with 22% voting no and another 11% saying they're not sure.

In the comments, Yes voters were emphatic:

The dissenting opinions basically fell into three camps, arguing that Google's success is the product of good old-fashioned innovation, that the DOJ's case is flimsy, and that the damage to the economy would be worse than whatever harm consumers might suffer.

One respondent argued: "It's simple. Google works better than any other search engine on the planet. If a better competitor arrives, than we will take a look. Let the marketplace decide."

And then there was this comment, from a self-described "experienced antitrust lawyer AND tech nerd":

The fundamental problem with Google is that its liability comes from three distinct sources, which have overlapping (but not completely so) remedies. The 19th-century statutory language [in the Sherman Antitrust Act] has not adapted well to dealing with firms that have substantial international conduct, either. As with any legal question, the correct answer is "It depends."

If Google is found guilty, what's the best remedy?

Our poll offered four choices for possible remedies, with an Other option for write-in votes. Two choices drew a nearly equal vote from more than two out of three respondents: "Eliminate requirements for device makers to load Google apps," and "Prohibit Google from favoring its own services in search results."

There was less support for spinning off the Android OS, although a significant number of respondents wrote in options breaking up Google and/or spinning off various Google products and services.

Also: What Google Cloud Platform is and why you'd use it

About one-third of respondents were open to the idea of open-sourcing the Google search index. (Several commenters suggested that Google should be required to make third-party search engines an option on Android devices, but that remedy doesn't address the barriers to entry that make it difficult or impossible for competitors to build a useful index. Only Microsoft comes close to having the resources to pull off that feat, and "no index" tags in websites give Google an additional overwhelming advantage.)

The most popular write-in vote was for a stiff fine. One respondent suggested giving a thousand bucks to every Google customer. Our back-of-the-envelope calculations suggest that would add up to several trillion dollars, which might be just a little excessive.

Nearly 20% of respondents took the opportunity to add some additional comments. One large contingent argued that it's unfair to focus on Google when the entire tech industry is dominated by giants with monopoly power. Apple, Amazon, Facebook, and Microsoft all got name-checked at some point.

And, of course, a full spectrum of political arguments showed up. Depending on your perspective, this is either a plot by the Trump administration or a natural response to "Google's blatantly obvious pro hard left leaning liberal bias." From the pro-Trump side, there were plenty of pleas for amending Section 230 of the Communication Decency Act, which has nothing to do with antitrust but everything to do with a particular flavor of animosity towards Big Tech.

And, finally, there was this comment, which left us scratching our heads: "Sarah Michelle Gellar's best work was in Buffy, but her subsequent work should not be overlooked."

That's probably true, but we're going to Google it to see if there's a secret message in there somewhere.