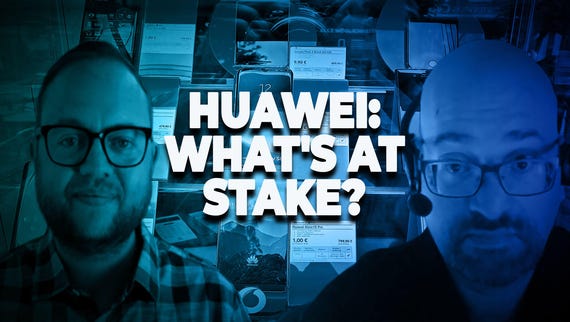 Huawei is on a roller coaster ride with President Donald Trump. After losing access to Google, ARM, and other technology companies it was estimated to lose $30 billion as a result of the ban. Early on Trump stated that the block could be solved in a China trade deal and at the G20 Summit in Japan this week it sounds like a trade deal is what resulted in the new reprieve.

This news just broke with comments made by Trump, including "US companies can sell their equipment to Huawei. We're talking about equipment where there's no great national security problem with it." The details of this statement are still pending, but it is likely that 5G infrastructure equipment may still not be part of this access deal while the smartphone segment may be where we see open access.

Also: Huawei ramps up its technological Cold War propaganda | US-China tech cold war heats up: But Huawei has other irons in the fire | How China, Brexit, and the US derailed global 5G Wireless

Due to the ban of Huawei smartphones in the US and fact that Huawei was not going to be able to have its phones running Android in the future, I had updated my 10 best smartphones list to remove the two phones made from Huawei that were in my top 10. This included the fantastic Huawei P30 Pro that I thankfully did not sell at a major loss. It continues to be an amazing phone and has the best camera performance in a smartphone today. With this new reprieve, I'll be updating this list again soon.

While Trump has apparently made a deal with China and is allowing US companies to work with Huawei again, this kind of uncertainty makes it difficult to make long term business decisions. What if China disturbs Trump again and US companies are again restricted from working with Huawei? Huawei will likely get its past relationships up and running again quickly, but the company is also likely to continue to develop means to be successful independently of US companies when another ban could come at any time.

Join Discussion for: President Trump lifts US ban on Huawei at...