Google made waves on Monday afternoon with the surprise announcement of a new CEO and leadership structure.

First, Google's product chief Sundar Pichai has been promoted to the top gig at the Internet giant, replacing co-founder Larry Page as CEO. 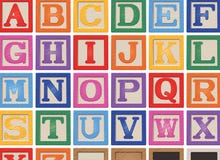 The second big piece of news is that the Mountain View, Calif.-headquartered corporation filed plans with the U.S. Securities and Exchange Commission for a new public holding company, dubbed Alphabet.

Not quite a spinoff, Alphabet is really a new parent company, or a "collection of companies," according to Page's blog post. Page specified Google will become a wholly-owned subsidiary of Alphabet.

We liked the name Alphabet because it means a collection of letters that represent language, one of humanity's most important innovations, and is the core of how we index with Google search! We also like that it means alpha-bet (Alpha is investment return above benchmark), which we strive for! I should add that we are not intending for this to be a big consumer brand with related products--the whole point is that Alphabet companies should have independence and develop their own brands.

Google crafted Alphabet to both consolidate and scale its multiple businesses, according to the 8-K form:

Under the new operating structure, its main Google business will include search, ads, maps, apps, YouTube and Android and the related technical infrastructure (the "Google business"). Businesses such as Calico, Nest, and Fiber, as well as its investing arms, such as Google Ventures and Google Capital, and incubator projects, such as Google X, will be managed separately from the Google business.

Page will lead Alphabet as CEO with co-founder Sergey Brin as president. Eric Schmidt will continue on in the office of executive chairman at Alphabet as will relatively new addition Ruth Porat as CFO, and so on.

Basically, the top leaders of Google have shifted over to the new Alphabet leadership structure, with some overlaps. (For example, the 8-K noted Porat will also be CFO at Google.) Other product leadership roles will remain the same, such as YouTube CEO Susan Wojcicki.

Alphabet Inc. will replace Google Inc. as the publicly-traded entity. All Google shares will automatically convert into the same number of shares for Alphabet with all of the same rights.

However, both classes of shares will continue to trade on the Nasdaq stock exchange under the ticker symbols GOOGL and GOOG.

Pichai is slated to takeover the company when the deal goes through. Google plans to separate financial reporting from the rest of Alphabet businesses on the fourth quarter earnings report.

But the decision to promote Pichai is perhaps the least surprising bit in all of this as his status at the tech behemoth has been consistently rising over the last two years.

Pichai was appointed head of both of Google's operating systems in 2013, taking over Android from the unit's founder Andy Rubin, who then moved elsewhere within Google to work on more innovative, moonshot-like projects.

Page highlighted the recent launches of Google Now and Google Photos as examples of Pichai's success during his tenure thus far.

"I feel very fortunate to have someone as talented as he is to run the slightly slimmed down Google and this frees up time for me to continue to scale our aspirations," Page wrote.

As for those aspirations, Page dropped a few hints, highlighting some recent works from the secretive Google X lab, such as drone delivery dream Project Wing, as well as incubators tied to Google Ventures and Capital.

Acknowledging that the entire shift overall -- let alone the new name -- might be puzzling, Page asserted, "But in the technology industry, where revolutionary ideas drive the next big growth areas, you need to be a bit uncomfortable to stay relevant."