Putting virtual robots to work to save time in your office 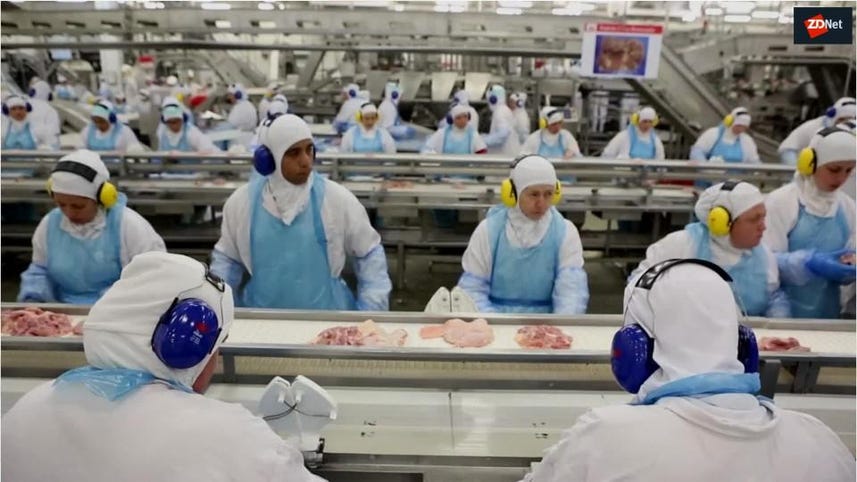 Blue Prism's robotic process automation software allows companies to automate repetitive tasks, which would otherwise consume vast amounts of time for staff. ZDNet spoke to co-founder and CTO David Moss to learn all about the world of virtual robots.

ZDNet: Tell me about your company and how it started.

Moss: I was one of the co-founders of the company along with our CEO Alastair Bathgate. We started in 2001 and it's been a journey in three sections. We spent the first two years as a company trying to figure out how to solve a particular problem, working with business figures in the north west of England, predominantly.

Where in the north west?

It was in Manchester. Our first customer was Barclays Bank who, at the time, had debt management at the company centre there, and then we moved quickly onto the Co-operative Bank and then further afield with O2 Telefónica in Leeds.

We had bank, utilities and telco [customers] and what they all had in common was that people in operations were all working on lots of difficult, manual workarounds, because you had systems working at a pace that was much slower than the speed that the business moved at.

The technology was moving more slowly than the business. If you were building systems, you had products competing with new entrants and if it takes a year to build a system. By the time you'd built it, when it was delivered it was already a year behind the actual requirements.

So, they were super-frustrated and we helped them stitch together some alterations that made life easier for them and made things a bit more streamlined. And having seen the excitement of these business guys who could get their hands on technology and be their own bosses, we went away and built a product.

We then spent quite a long time trying to push that product up a hill and trying to get some recognition for what we were trying to do.

We realised that we had a new process but we were having difficulty trying to turn a phrase so that people could understand what we were up to. So that brings me to the third event, which was the decision to call it 'robotic process automation'.

The idea behind calling it that was not because we were physically installing robots into call centres but because we wanted people to draw parallels between what the manufacturing industry had been able to do – build vehicles, scale and customise them, and create just-in-time parts delivery.

We wanted to take that notion and build production-line productivity and apply it to the service industries. And I think that the minute we coined that term – robotic process automation – we you got all kinds of interest from outsourcers, offshore firms, managed service centres and operational leaders who were looking for just that. They were looking for ways to improve productivity and optimising their processes.

Can you give examples of how this works in practice?

Let's take the NHS as an example. We've got some great NHS clients who are all wrestling with migrations between different systems. There is one NHS trust that we have been engaged with, the Warrington and Halton NHS Trust.

They are trying to deploy an NHS Patient Record, but the issue is that all of the outpatient records are spread around lots of different legacy systems. Getting this electronic patient record in place is, logistically, a very difficult job. It's a one-off migration and, in that particular trust, there were 600 man-days of effort required over a weekend to try and manually move all this data around.

And the guys in that trust said, hold on, we've got Blue Prism in place here, why don't we use these robots who can do things that people would normally do but much more accurately and quickly? Why don't we write a Blue Prism process that can take that information and move it across?

That example, in less than four weeks, took this process, proved that it could work and then deployed it within 24 hours. There were 60,000 NHS appointments within the system.

That, for them, was a way of moving this data from legacy applications to this new, modern application, but without having a big, data-migration process in place, or, having lots of people working over the weekend doing that manually.

That was a technology programme but, if you look at the banking industry, there are a couple of banking case studies where they are looking to use Blue Prism in operational processes.

You seem to be trying to change everybody's perception of robots. Is that correct?

I'll give you a picture of how it works, or how the majority of processes work. What's happening at the moment in ordinary back offices and front offices is that people are sitting in front of a screen that has a number of applications in there that they are handling manually – moving data around, making assessments, deciding what rules to employ, and then moving data from one source into another.

The robotic part of it is that Blue Prism doesn't change any of that. We don't introduce new information paths, subvert any of the security that's around; we don't do valuations, and we don't interfere with things that have been used by tens of thousands of people.

We take that the image of the machine that that person's been using and we put it into the cloud and we put it into that data centre. And then we allow business people to take the rules that they are storing, and the steps they are stacking in those screens, and turn them into a flow diagram, a flow chart that tells the robot what steps to take.

And then if you look at it running in that data centre or on that server, you can see all these screens flashing up and moving this information around without a person using that keyboard or moving a mouse.

In that way, it is robotically replicating what a thousand workers may be doing and replicating that in the cloud or a data centre, just using virtualised infrastructure, automating information that the robot's had from the business guys.

ABM is good, but CBM -- courage-based marketing -- is better

Shail Khiyara, CXO of UIPath writes of something that is different and interesting and important for marketers and pretty much everyone to understand in the 21st Century: Taking chances, innovating, showing some courage in how you address the marketplace.

AI in the workplace: Everything you need to know

How artificial intelligence will change the world of work, for better and for worse.

Thinking outside the bot: Automation and the future of employment (TechRepublic)

Why IT leaders need a voice in how employees adapt to technology-driven automation.

The GM-funded self-driving car startup will double its current workforce this year in advance of launching its autonomous taxi program.