Full Bio
Posted in Between the Lines on December 13, 2016 | Topic: Innovation 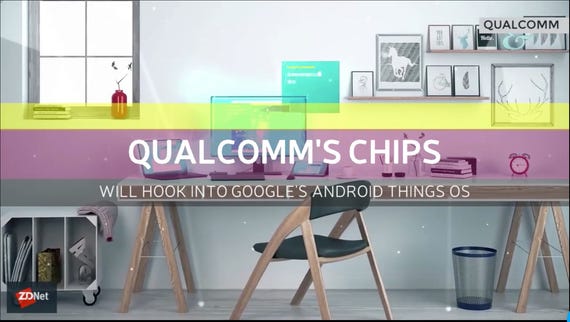 Qualcomm said it will work with Google to combine Android Things, an Internet of Things operating system, and its Snapdragon processor.

The move could give Google a much larger ingredient brand play in the smart home, Internet of Things and smart city deployments. If the collaboration is successful, Android will be embedded with the processors in the IoT food chain. Keep in mind that Qualcomm recently acquired NXP in a move that gives it scale across connected devices from the smartphone to car to home.

Google announced the developer preview of Android Things in a blog post. Microsoft has Windows 10 IoT, which works on ARM and Intel.

In a statement, Qualcomm said the collaboration with Google will focus on developing both "consumer and industrial applications." Combined the two companies will be able to leverage Qualcomm's scale and Google's Android developer base.

Qualcomm said Android Things, now in developer preview, will be released next year on Snapdragon processors. Here's a look at the Android Things stack:

What remains to be seen is whether the operating system in the IoT food chain will really matter. Amazon and its Amazon Web Services unit has a different vision that revolves around the cloud and aggregation of sensors. The idea from AWS is that on-premises infrastructure will refer to sensors and things in the field. As a result, the cloud is the real OS for processing.

At its re:Invent conference, AWS outlined Greengrass as well as IoT devices that can act locally, store data closer to sensors and then offload processing to the cloud. AWS Greengrass will be built into various devices.

Here's a look at the AWS vision:

In that IoT context, the real trick for Google and Qualcomm will be to connect Android Things to Google Cloud. The reality is that the OS embedded in IoT processors may be plumbing with the intelligence layer providing all the value. 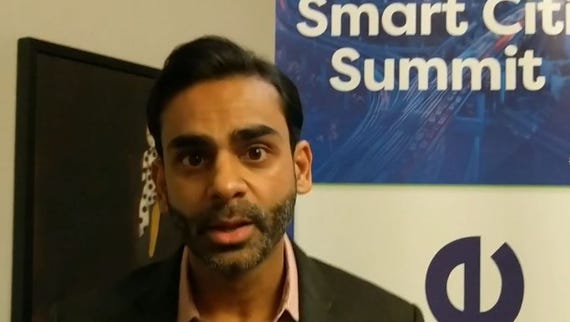 Join Discussion for: Qualcomm, Google to team up on Android Things,...