Full Bio
Posted in Between the Lines on January 25, 2017 | Topic: Processors

The tech giant reported a net income of $700 million, or 46 cents per share.

Wall Street was looking for earnings of $1.18 per share with $6.12 billion in revenue.

The earnings come as one of Qualcomm's key revenue streams is in question as Apple is suing the company in China.

On January 20, the Cupertino company filed a suit against Qualcomm accusing the chipmaker of withholding nearly $1 billion in contractual payments it owed in retaliation for Apple's cooperation with South Korean regulatory investigators.

The suit also charges that Qualcomm is "attempting to extort" Apple into obstructing the investigation into Qualcomm's monopolistic practices. Additionally, the suit claims that Qualcomm has created an "abusive licensing model" that lets the company demand excessive royalties.

Qualcomm's general counsel Don Rosenberg issued a statement earlier today that brushes off the lawsuit as a way for Apple to "pay less for Qualcomm's technology."

"Apple was offered terms consistent with terms accepted by more than one hundred other Chinese companies and refused to even consider them," Rosenberg said. "These terms were consistent with our NDRC Rectification plan."

Qualcomm CEO Steve Mollenkopf echoed a similar statement in the company's earnings release, insisting the legal actions against Qualcomm "are at their core driven by commercial disputes."

Qualcomm said Q1 revenue was impacted by the $868 million charge that was accrued in related to the Korea Free Trade Commission investigation.

Other numbers of note from the quarter:

As for Qualcomm's current quarter, the company expects Q2 adjusted EPS of $1.15 per share and revenue between $5.5 billion and $6.3 billion. 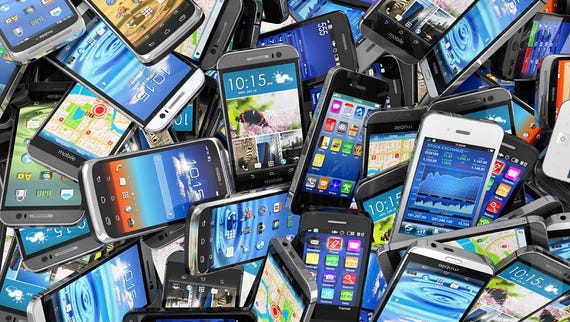 Who is the most profitable smartphone maker?
Watch Now
Apple | Hardware
Show Comments
LOG IN TO COMMENT
| Community Guidelines