Full Bio
Posted in Between the Lines on January 4, 2019 | Topic: Apple 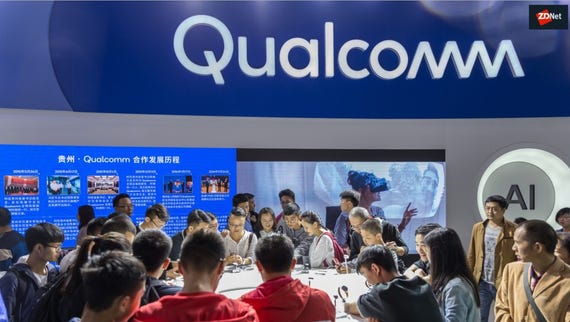 Courtroom fights over patents, technology, and licensing do not often reach the stage where consumer choice is impacted, but in the ongoing fight between Qualcomm and Apple, sales of iPhone 7 and 8 models are now restricted in Germany.

The patent battle has been ongoing for years and relates to a number of patents widely used in mobile devices. However, the situation erupted in 2017 after Apple filed a suit against Qualcomm which alleged the latter was operating an illegal business model by way of "double-dipping" on licensing fees.

Apple claimed that Qualcomm charges a fee for each iPhone using its patents, as well as a fee for the technology itself, a business model the Cupertino, Calif.-based company considered exorbitant.

Qualcomm then brought forward a number of countersuits, some of which alleged Apple was infringing upon patents outside of their licensing deals.

The German court found in the semiconductor giant's favor on December 20 and ruled that Apple has infringed upon Qualcomm's power savings technology in the firm's iPhone lineup. As a result, Apple was ordered to stop selling all infringing iPhones in the country, which includes the import and any third-party resales.

At the time of the ruling, Apple said iPhones would still be available via third-party resellers, but according to Qualcomm's interpretation, infringing iPhones "must be recalled" from third-party sellers in the country.

TechRepublic: AI skills reign supreme in the fastest-growing jobs of the year

To further enforce this ban, Qualcomm said on Thursday that the US chip giant has posted security bonds worth €1.34 billion.

The bond was a requirement of the District Court of Munich, on the basis that should Apple appeal and win, damages caused by the sales ban would be covered.

"The judgment is immediately enforceable once Qualcomm posts bonds covering potential damages incurred by Apple should the judgment be overturned or amended on appeal," Qualcomm said in a release. "Apple's request to the court for a stay of the injunction was denied."

Apple does intend to appeal the ruling, pointing ZDNet's sister site CNET to a previous statement, issued in December, at the time of the court's original decision.

CNET: iPhone and Intel are at the center of Qualcomm's 5G crosshairs

"[Qualcomm's suit is] a desperate attempt to distract from the real issues between our companies," Apple said. "Their tactics, in the courts and in their everyday business, are harming innovation and harming consumers. Qualcomm insists on charging exorbitant fees based on work they didn't do, and they are being investigated by governments all around the world for their behavior."

The court has also decided that Apple is liable for monetary damages to be determined in the future.

The battle between the two is likely hitting Apple's sales figures, but Qualcomm has not come away unscathed on the balance sheet, either. In November, Qualcomm reported Q4 non-GAAP earnings of 90 cents per share on revenue of $5.8 billion, down two percent year-over-year.

However, the Qualcomm Technology Licensing (QTL) division did not record any royalties the firm alleges it is owed due to the sale of Apple products. Qualcomm has previously claimed that the iPad and iPhone maker owes $7 billion in patent licensing fees.

The German situation has arisen after a separate injunction was issued against Apple in China last month.

Qualcomm was also the claimant in this case and a Chinese court ruled that four Apple subsidiaries must immediately stop selling some versions of the iPhone -- the iPhone 6S, iPhone 6S Plus, iPhone 7, iPhone 7 Plus, iPhone 8, iPhone 8 Plus and the iPhone X -- on the basis that the smartphone models infringe upon Qualcomm patents relating to photo adjustment and screen-based app management. Apple, however, said it would continue to sell all iPhone models in the country.

In November, Qualcomm was ordered by a US court to open up part of its essential chip patents portfolio to other companies as requested by the US Federal Trade Commission (FTC) in the interest of competition.