Full Bio
Posted in Between the Lines on July 14, 2021 | Topic: Quantum Computing

Quantum Computing Inc. (QCI) will list on the Nasdaq on Thursday in a graduation from the over-the-counter market.

The move will give QCI more visibility for its flagship Qatalyst platform, which aims to deliver quantum computing without complex programming and code and quantum experts.

QCI's listing comes as the quantum computing space is heating up. IonQ will soon be public via a special purpose acquisition company (SPAC) deal. In addition, Honeywell is merging with Cambridge Quantum. QCI is pre-revenue, but is availability on Amazon Web Services and its Braket quantum marketplace.

According to QCI, Qatalyst gives enterprises the ability to use quantum computing to solve supply chain, logistics, drug discovery, cybersecurity and transportation issues. QCI will trade under the QUBT ticker, which was used for its over-the-counter listing.

Here are some key points about Qatalyst:

The components of Qatalyst include APIs, services, portals and access to compute resources. 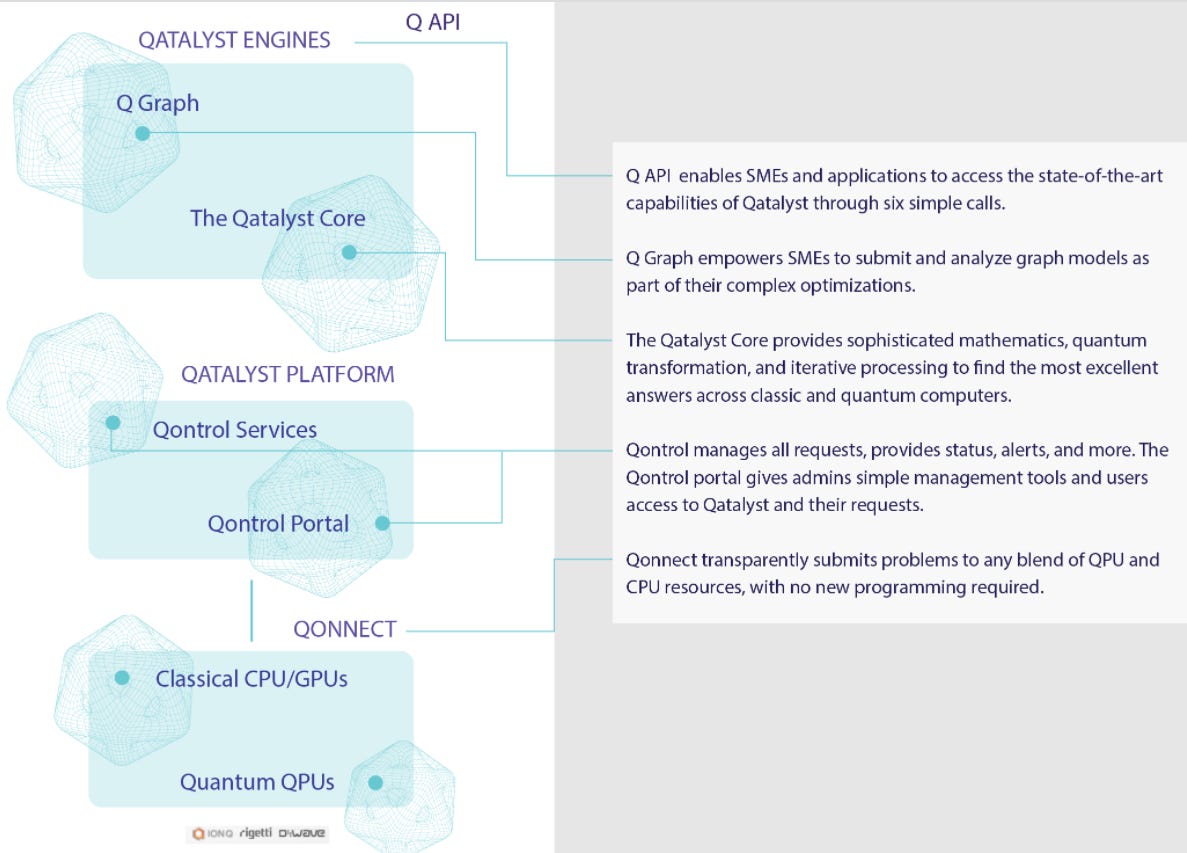 Much of the market continues to focus on pure quantum for quantum's sake. However, the simple reality is that delivering business value with quantum in the near term will not come from quantum alone. It can only be derived from the sophisticated combination of classical and quantum computing techniques that is enabled today with Qatalyst.

In June, QCI said it entered a 3-year agreement with Los Alamos National Labratory to run exascale and petascale simulations.

Liscouski said the Nasdaq listing will bring more liquidity, shareholders and visibility to the company. As of Dec. 31, QCI had $15.2 million in cash, a net loss of $24.73 million and no revenue.

Join Discussion for: Quantum Computing Inc. to list on Nasdaq,...