When the deal closes, IonQ will trade under the ticker IONQ with a market cap of about $2 billion.
Written by Larry Dignan on March 8, 2021 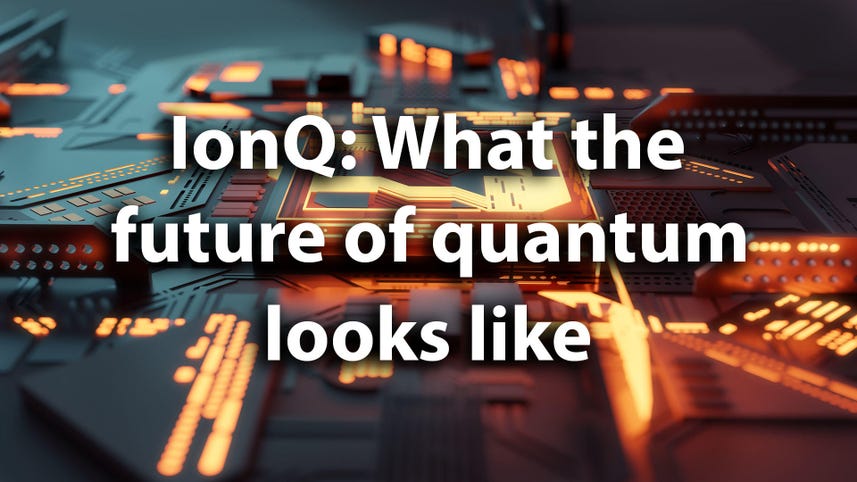 Quantum computing company IonQ said it will go public via a merger with special purpose acquisition company dMY Technology in a deal that will net proceeds of $650 million.

When the deal closes, IonQ will trade under the ticker IONQ with a market cap of about $2 billion. With the move, IonQ will be the first pure-play quantum computing company to trade publicly. The quantum computing efforts to date have been part of larger companies such as IBM and Honeywell.

IonQ, as detailed previously, has an approach that may make quantum computing more mainstream. The company also has some big backers including Bill Gates' Breakthrough Energy Ventures, Michael Dell's venture arm, Silver Lake, Fidelity and others.

Quantum computing is also likely to be delivered via cloud computing. For instance, IonQ is available on Amazon Braket and Microsoft Azure.

Peter Chapman, CEO of IonQ, said the goal of the company is looking to advance quantum computer with Hyundai and Kia as well as others.

As for the details of the deal, the combined company will get about $300 million from dMY III's trust account and $350 million in gross proceeds from a set of strategic investors via a private placement investment (PIPE). The list of investors includes Fidelity, Breakthrough Energy Ventures, Hyundai Motor Company and Kia Corporation, Silver Lake, MSD Partners, and TIME Ventures, which is Marc Benioff's venture fund. The PIPE includes additional investment by existing investors including, New Enterprise Associates and Mubadala Capital.

Here are some slides indicating how IonQ sees growing scale, costs and models.

Here's how IonQ is projecting revenue to ramp.