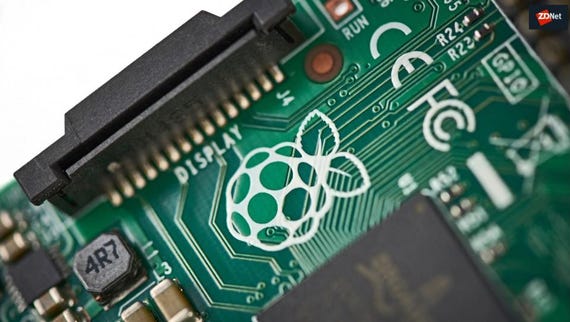 Raspberry Pi Trading has released a new $5 cooling fan that clips inside the official case for the Raspberry Pi 4.

The Pi 4 case fan kit includes a compact fan and a tiny heatsink to be placed on the processor. The 5V fan clips into the Raspberry Pi case and connects to three of the Raspberry Pi's 40 GPIO pins for power supply and to control the fan.

The fan is designed for scenarios where the Raspberry Pi 4 has been overclocked and required to run for lengthy periods, which would produce extra waste heat. Once it reaches say 80°C, the Raspberry Pi 4 would normally throttle back CPU performance to reduce the temperature.

The fan allows it to continue running under these conditions without reaching a heat that would cause it to throttle back performance.

Apart from when the Raspberry Pi is in a case, the other situation where a fan could be useful is when the board is being used in a higher temperature environment.

Raspberry Pi Trading CEO Eben Upton explains that the official fan draws in air over the USB and Ethernet connectors, passes it over the heatsink and exhausts the air through the SD card slot.

The case fan was designed by Raspberry Pi's chief product officer Gordon Hollingworth. Next week, according to Upton, he'll explain how he designed the Raspberry Pi 4 case fan ducting "with the aid of a stack of Chinese takeout boxes and a glue gun".

Hollingworth says the fan's specified lifetime is around 30,000 hours and that it's a relatively quiet fan.