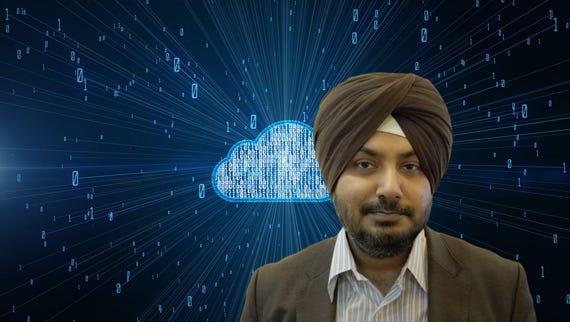 Organizations across the globe splashed out a record $107 billion for cloud computing infrastructure services in 2019, up 37% from the previous year, according to a new report released by analyst firm Canalys – and rather unsurprisingly, a whole third of the cash prize was pocketed by cloud behemoth Amazon Web Services (AWS).

As most industries digitize, businesses are increasing their spend on infrastructure-as-a-service (IaaS) and growing their investments in servers, storage, compute and other cloud-based services ranging from billing and monitoring to security.

This, combined with the fact that enterprises are keen to increase their use of cloud infrastructure to scale existing applications, has caused this year's jump in demand – a boom that Canalys experts believe will continue over the next five years. The report estimates that total spending on cloud infrastructure services in 2024 will reach $284 billion.

"Organizations across all industries, from financial services to healthcare, are transitioning to being technology providers," said Canalys chief analyst Alastair Edwards.

"Many are using a combination of multi-clouds and hybrid IT models, recognizing the strengths of each cloud service provider and the different compute operating environments needed for specific types of workloads."

In other words, in 2019, a successful cloud provider is a flexible cloud provider. This rule of thumb certainly helps explain why AWS attracted 32% of cloud infrastructure investments in 2019, and is still running far ahead of its next largest competitor, Microsoft Azure, which represented about 17% of total spend.

AWS is effectively securing customer engagement by offering services that can be easily integrated – an appealing offer as enterprise users increasingly opt for multi-cloud and hybrid solutions.

Integration typically happens through building a strong ecosystem of channel partners, which are intermediaries that enterprises can rely on to manage various different cloud platforms. And when it comes to engaging with channel partners, AWS has been scoring brownie points.

Edwards said: "The role of channel partners will become more important, as cloud use increases, in terms of defining application strategies, integration into business processes, optimizing user experiences, governance and compliance, as well as securing data and workloads."

As successful as the past year has been for AWS, it is not yet time for the cloud provider to rest on its laurels. Microsoft Azure, for one, is steadily growing, and saw its share of the cloud infrastructure spending market increase from 14% in 2018 to 17% in 2019, according to Canalys.

What's more: another tech giant is racing to catch up in the cloud providing space. The report notes that Google Cloud has continued to make progress in reaching new enterprise customers, and that it is also developing its network of channel partners. The search giant's cloud business represented only about 6% of investments in IaaS in 2019.

The research published by Canalys focuses on investments in cloud infrastructure; in other words, only on a fraction of spending on overall cloud services, which is estimated to have reached a gargantuan $229 billion in 2019.

And as investments in the cloud explode – IDC predicts they will reach $500 billion globally by 2023 – it is becoming a priority for customers to make sure that they see a return on investment.

A recent survey, found that optimizing cloud costs is the top initiative for 64% of enterprise customers. Ensuring that users remain engaged, therefore, is likely to be a priority for AWS, Microsoft and Google alike; and the prospect for 2020 is increasingly looking like a battle of the cloud giants.