Samsung is debating between two final prototypes for a foldable-screen device, according to a Bloomberg report.
Written by Stephanie Condon, Senior Staff Writer on Oct. 26, 2018 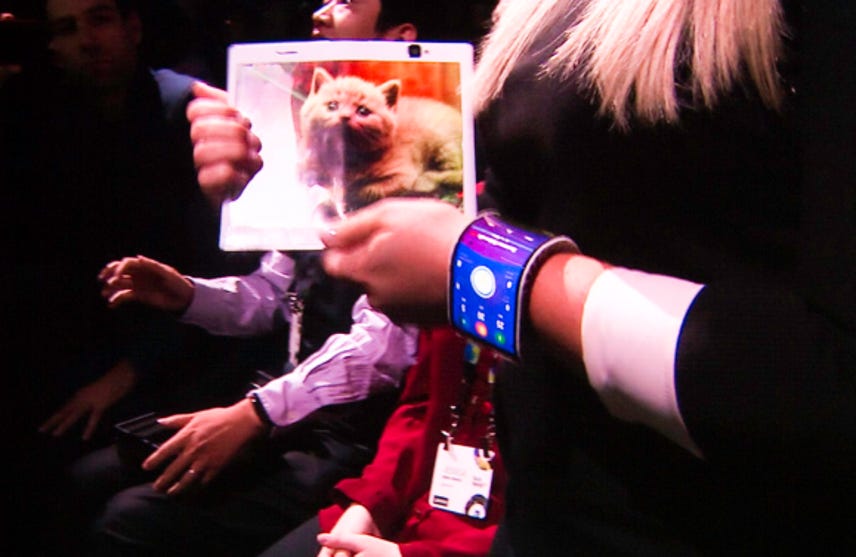 Samsung is making progress in its efforts to roll out a mass-market foldable smartphone, according to a report from Bloomberg. As the phone nears the final stages of development, Samsung is reportedly working with Google to create a version of Android tailored for the device.

Samsung has for years talked about introducing a foldable phone. Last month, CEO DJ Koh told ZDNet sister site CNET that consumers would use the foldable device as a tablet with multitasking capability and then fold it into a more portable phone.

"I'm positive that we do need a foldable phone," Koh said. He acknowledged such a device would initially cater to a "nice market," but he expressed confidence its popularity would grow.

According to Bloomberg, the device may need a smaller battery size so that it's not so heavy. Because of its bigger screens, the prototype reportedly weighs more than 200 grams.

The screen reportedly relies on a hinge to snap open like a flip phone. The hinge, Bloomberg says, recently passed internal durability tests, but it's still unclear whether the design could hold up in mass production.

Samsung has previously said its foldable phone would be unveiled in 2018, but then postponed it to 2019. Then in September Koh backtracked and said it could be unveiled as early as November.

Samsung's Chinese rival Huawei is also gunning to be first with a foldable phone. Koh said in August that Samsung wasn't OK with idea of losing the "world's-first title" to Huawei, which is now the world's second-largest smartphone maker.