Robot-built, 3D-printed homes are more than a novelty

Home construction is costly and time-intensive, making it the perfect target for automation.
Written by Greg Nichols, Contributing Writer on April 12, 2018 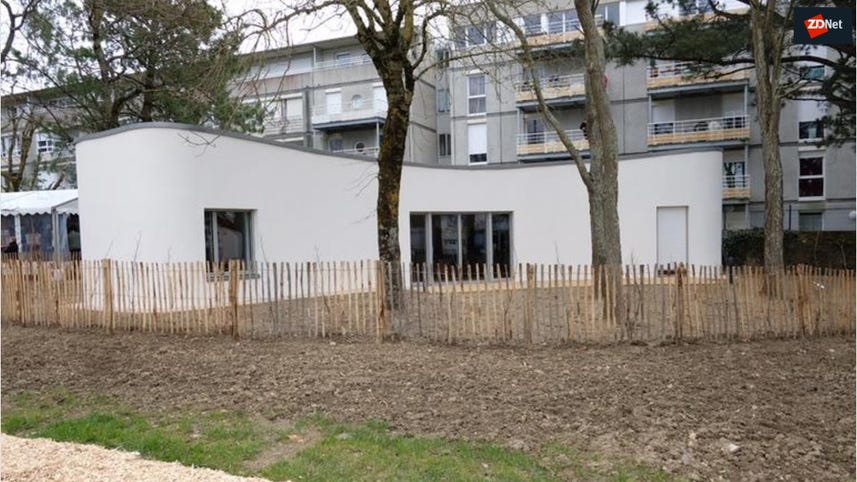 Video: Will all homes be 3D-printed in the future?

Researchers at the University of Nantes have unveiled what some outlets are incorrectly reporting as the first 3D-printed, robot-built home.

The house, which takes about 18 days to build, is made of a combination of polymer and concrete, which the Nantes researchers say will keep the home insulated for decades.

There have been several other successful 3D-printed home projects going back to at least 2012.

Like the Nantes project, the method used to construct the SXSW house is touted as a low-cost alternative to traditional construction techniques. The ICON/New Story home cost about $4000 to build and takes just 24 hours to complete.

New Story and ICON are looking for opportunities to mobilize their 3D printers to communities around the world.

The efficiency of 3D printed construction, which typically utilizes a large 3D printer that looks like an overhead crane, has attracted interest beyond affordable housing.

Also: Here's how 3D printing makes the robots that make everything else

NASA has been looking at 3D printing as a way to build colonies on Mars, and the European Space Agency has its own plans for a 3D-printed moon base using a material made predominantly of lunar soil.

The Nantes house will soon be home to an actual family, which qualified for residency through the country's affordable housing guidelines.

While not the first 3D-printed house, the level of automation used in its construction suggests we're nearing the day when these kinds of dwellings are constructed entirely autonomously at scale.

Bootcamps
The 10 best coding bootcamps of 2022