Robot dog and Sparrow drone to team up for missions 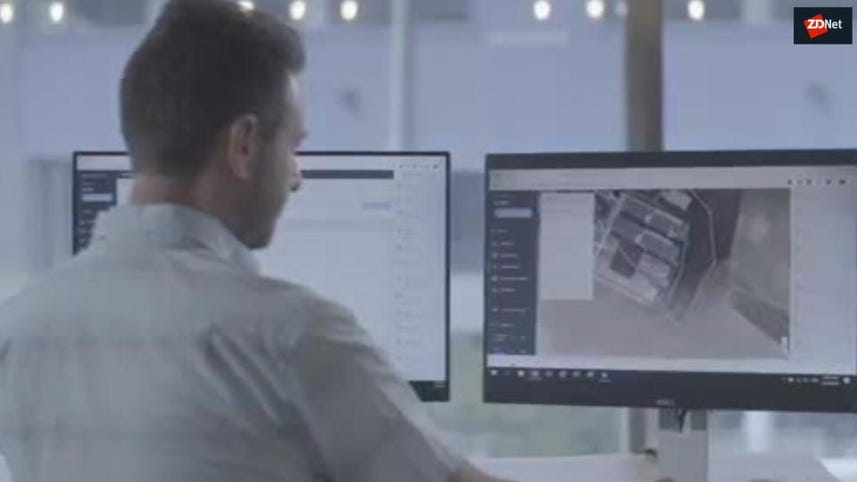 Industrial inspection continues to be a driver of growth in the automation sector. Case in point, a $45M Series B for Percepto, which makes a drone-in-a-box system for inspection and monitoring.

The fundraise comes as Percepto expands its footprint in autonomous inspection via its Percepto's Autonomous Inspection & Monitoring (AIM) platform, which harnesses third-party remote robotics. Along with Percepto's Sparrow drone, the first robot to be deployed using AIM will be Boston Dynamics' Spot robotic quadruped.

Based in Israel, Percepto has led the way in the fast-moving market for robotic inspection solutions. The space, which we frequently cover, is now brimming with hardware and full-stack inspection solutions designed to quickly and efficiently monitor indoor and outdoor industrial sites from the ground and air. Autonomous inspections reduce risk of injury and streamline monitoring of far flung and physically large sites, such as pipeline and mining installations.

Percepto's AIM platform, which elevates the company beyond its more hardware offerings, allows operators to deploy a fleet of third party robots alongside the autonomous Sparrow drone for site analysis, which includes reporting trends and anomalies and alerting operators of potential risks.

"Our customers, which include some of the world's leading utility, oil & gas sites, mining, and other critical infrastructure facilities, are eager to fully embrace automation across their operations and reap the benefits of driving efficiency, reducing costs and safeguarding staff. We're excited to be the first to empower our customers with truly autonomous inspection and monitoring, driven by the management of multiple visual robotic data sources together with other visual sources including piloted drones, CCTV and mobile cameras, on site or remotely," says Dor Abuhasira, CEO and Co-Founder Percepto. "We're delighted that our investors have recognized the growing need in the market for autonomous inspection which is in demand now, more than ever."

The addition of Spot, which is the first third-party robot to be deployed using AIM, adds ground inspection to the mix. A company called ICL Dead Sea, a leading global speciality potash, mineral and chemicals company, has been operating Percepto's drone-in-a-box solution to carry out inspection, safety, and security missions at its operations at the Dead Sea site, and were the first to fly beyond the visual line of sight (BVLOS) in Israel. Regulations in the U.S. currently curb use of BVLOS without exemptions, but regulatory agencies are evolving rule making quickly. ICL Dead Sea is now looking at potentially integrating Spot, as well.

"With Percepto's AIM, we can now live stream all of our missions and no longer have to be physically present on site to control decisions regarding maintenance and operations. Wherever we are, we know exactly what is happening on site," said Shay Hen, ICL Dead Sea Drone Program Manager. "We are looking forward to examining the integration of additional robots such as Boston Dynamics' Spot onto our site for holistic inspection capabilities beyond aerial inspection."

Spot, an agile mobile robot developed by Boston Dynamics, is particularly useful in Percepto's growing ecosystem as an autonomous payload carrier for sensors including high resolution imaging and thermal vision, useful for detecting hot spots on machines or leaks in pipes.

"Combining Percepto's Sparrow drone with Spot creates a unique solution for remote inspection," says Michael Perry, VP of Business Development at Boston Dynamics. "This partnership demonstrates the value of harnessing robotic collaborations and the insurmountable benefits to worker safety and cost savings that robotics can bring to industries that involve hazardous or remote work."