After a short, sharp fight over Roku's right to distribute Fox channels, the two companies have forged an agreement and you will be able to watch the Super Bowl in 4K HDR on Fox's Roku channels.
Written by Steven Vaughan-Nichols, Senior Contributing Editor on Feb. 1, 2020 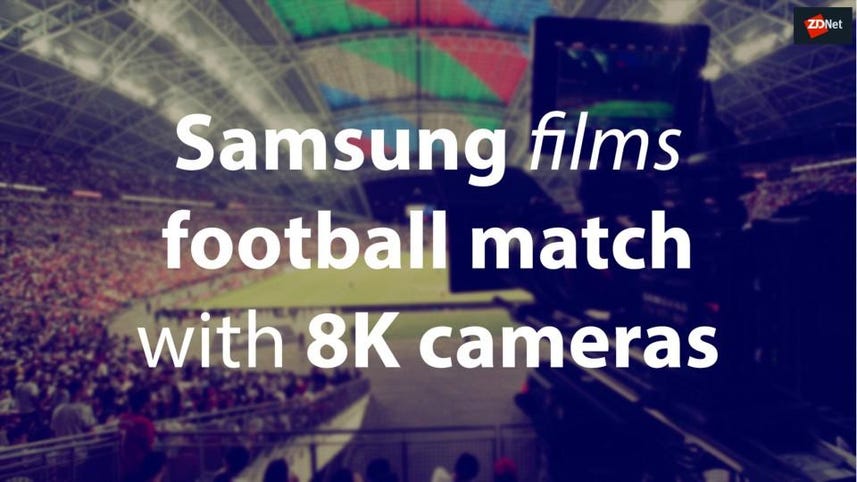 In a late Friday statement, Fox said: "We are pleased to have reached a successful agreement with Roku. Fox's leading suite of apps will continue to be available on the Roku platform." Roku replied: "We are delighted that we reached an agreement with Fox to distribute Fox channels on the Roku platform. Roku customers can stream the Super Bowl through Fox Now, Fox Sports and NFL in addition to other ways." Those other ways, which will let you watch the game in HDTV 1080p, are via cable, satellite, over-The-Air (OTA) with an antenna, or one of the numerous TV streaming services.

Cord-cutters can watch the game either on a computer via the FoxSports website or by using any of these live TV streaming services -- if that service carries a local Fox affiliate channel.

AT&T TV Now
AT&T TV Now costs $65 per month and includes Fox. Enter your ZIP code to see what local networks it offers in your area.

FuboTV
FuboTV costs $55 a month and includes Fox. FuboTV claims it will support streaming the game in 4K. To see if Fox or other local networks are offered in your area, check the Fubo local channel listing.

Sling TV
I like Sling TV a lot, but it's $30-a-month Blue package includes Fox is in only 17 markets. To see it's available in your neighborhood, check Sling TV's local channels.

YouTube TV
YouTube TV costs $50 a month and includes Fox. Enter your ZIP code to see if Fox is offered in your area in the field at the bottom of the page.

Don't have any of these? You can try them with a free trial for at least a week. My favorites are Sling TV and YouTube TV.

You can also stream the game from Yahoo on its Yahoo and Yahoo Sports apps. You can watch it on the NFL app, too. But, darn it, you can't cast the game with these apps to your TV or another large display. An NFL representative has also said you'll be able to watch the game, in 1080pHD, using its Roku NFL app.

If you don't have what you need for the fancy way of streaming the game, there are many other alternatives. For example, you can simply watch the big game on your computer by streaming it from the Fox website. No need to sign up for anything or to subscribe to a streaming service. Just turn on your PC and head to the game.

How to watch the game in 4K HDR

To stream the Super Bowl and its pre-show in 4K HDR, you need just the right setup.

For starters, you need a 4K HDRcompatible TV.  Use the biggest and best possible screen you can get. For $4,999, I suggest the 77-inch LG C9 OLED TV. Look at this way: That's still almost half of what one single Super Bowl ticket will cost you.

You can still stream the game in full 4K HDR if you use an Amazon Fire TV Stick 4K and Fire TV Cube via the Fox Sports' app. You can also watch the Chiefs and 49ers battle with an AppleTV 4K, too. But, while this will give you 4K quality, its colors, contrast, and brightness will top out with Standard Dynamic Range (SDR). The cheapest way to do this, at a list price of $49.99,  will be with a Fire Stick.

No matter what device you use to get Fox's top-of-the-line streaming experience, you must create a Fox Sports profile. No profile, no 4K HDR.

That, in turn, needs to be hooked up to the internet via an HDMI cable. Don't believe people who tell you need to pay big bucks for a fancy cable. Ten dollars is all you need to spend to get a good 4K HDR-compatible HDMI cable. For 8K and beyond, you'll need an Ultra High-Speed HDMI cable, but that's still years away.

You also need a lot of internet bandwidth to watch the game. To watch 4K HDR without glitches, Netflix recommends at least 25Mbps and so does Fox Sports. With a good home internet connection, you should be good to go.

If you're going to try to watch it on a smartphone or tablet via 4G LTE… well, good luck. The telephone companies can deliver the speed you need, but there will be a lot of other people competing for that bandwidth. And, if you're in, say, Wyoming, where the average download speed is just under 20Mbps, you're not going to be happy.

Even with OnePlus 7T Pro 5G McLaren smartphone with its AMOLED 6.67-inch display, are you going to even seen or appreciate the game in 4K HDR? I don't think so.

You'll also need the right streaming device. For the full 4K HDR experience, you'll need an Amazon Fire TV Stick 4K and Fire TV Cube via the Fox Sports' app. After this last-minute fight distribution fight between Fox and Roku, you'll also be able to use a high-end Roku as well. For Roku, my recommendations are the Roku Premiere, Roku Premiere+, Roku Streaming Stick+, or Roku Ultra 4K/UHD TV models with Roku OS built-in. My pick is the Roku Ultra 4K.

Also: Google's lovely Super Bowl ad shows how sad the future will be

You can watch Chiefs and 49ers battle with an AppleTV 4K, too. But, while this will give you 4K quality, its colors, contrast, and brightness will top out with the Standard Dynamic Range (SDR).

Finally, to get Fox's top-of-the-line streaming experience, you must create a Fox Sports profile. No profile, no 4K HDR.

So, now that Roku and Fox have buried the hatchet, we're finally all ready for some football. Let's just hope that Fox can handle the load as millions of fans tune in for the big game in 4K HDR.

TVs
Hostinger deal: Get a website and SSL for $2.99 per month