​Samsung plans to go fully renewable for energy in US, China, Europe by 2020

Samsung Electronics plans to install 63,000 square meters of solar panels in its campuses in South Korea by 2020, and it will source renewable energy for 100 percent of energy use in US, Europe, and China.
Written by Cho Mu-Hyun, Contributing Writer on June 14, 2018 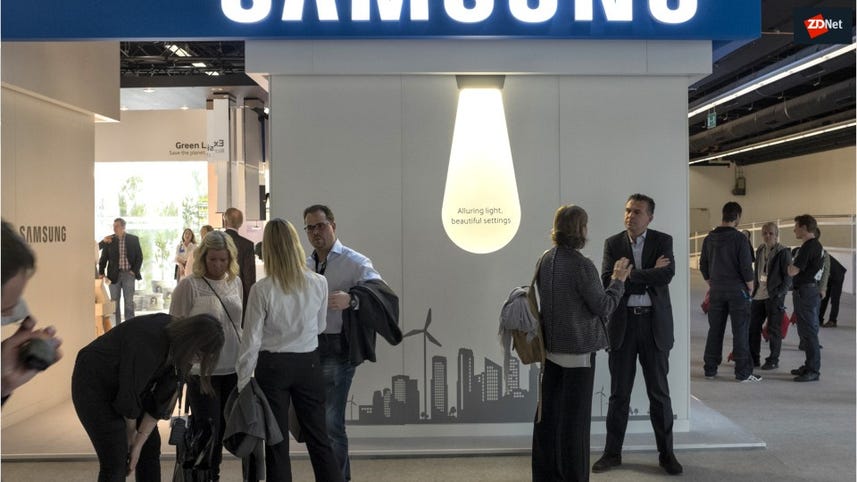 Samsung Electronics is to install approximately 63,000 square meters of solar panels in its campuses in South Korea, the company has announced.

In addition, the South Korean conglomerate will source renewable energy for 100 percent of the energy used in its offices, factories, and buildings in the United States, Europe, and China.

Samsung has joined the World Wildlife Fund Renewable Energy Buyers' Principles and the Rocky Mountain Institute's Business Renewables Center as part of its commitment, it said.

In South Korea, the conglomerate will follow the government's national strategic plan to increase the country's renewable energy use to 20 percent by 2030.

Samsung will install approximately 42,000 square meters of solar panels in Samsung Digital City, its headquarters in Suwon, south of Seoul. It will then add 21,000 square meters of solar arrays and geothermal power generation facilities beginning in 2019 at its Pyeongtaek campus and similarly in 2020 at its Hwaseong campus. Pyeongtaek and Hwaseong are where the company's semiconductor operations are based.

The renewable energy use is equivalent to that produced by an average 3.1GW solar power plant, it said, roughly the annual consumption of 115,000 households.

"Samsung Electronics is fulfilling its duty as a corporate citizen by expanding and supporting the use of renewable energy. As demonstrated by our expanded commitment, we are focused on protecting our planet and are doing our part as a global environmental steward," said Won Kyong Kim, Samsung EVP and head of global public affairs.

In March, Microsoft announced the purchase of 315 megawatts of energy from two Virginia-based solar projects, in what the company called the largest corporate purchase of solar energy in the US.

A month earlier, Google said it was building a new €250m data center in Belgium, in tandem with a new €3m solar plant, which will feature 10,665 photovoltaic panels and will generate 2.9 gigawatt-hours of energy every year, covering four hectares of land.

Microsoft has bought 315MW of a Virginia-based solar project in what the company has called the largest corporate solar agreement in the United States.

Roughly 600 servers were stolen in one of the biggest criminal operations the country has ever seen.

A new wind farm in Victoria will begin construction in 2018 thanks to Telstra, ANZ, Coca-Cola, and the University of Melbourne signing long-term power purchase contracts.

How to save energy in your data center (TechRepublic)

Simple consolidation is the most overlooked way to save energy in data centers, and Power Usage Effectiveness may be the best way to measure it.