Samsung to introduce wireless control of PCs from 2019 smart TVs 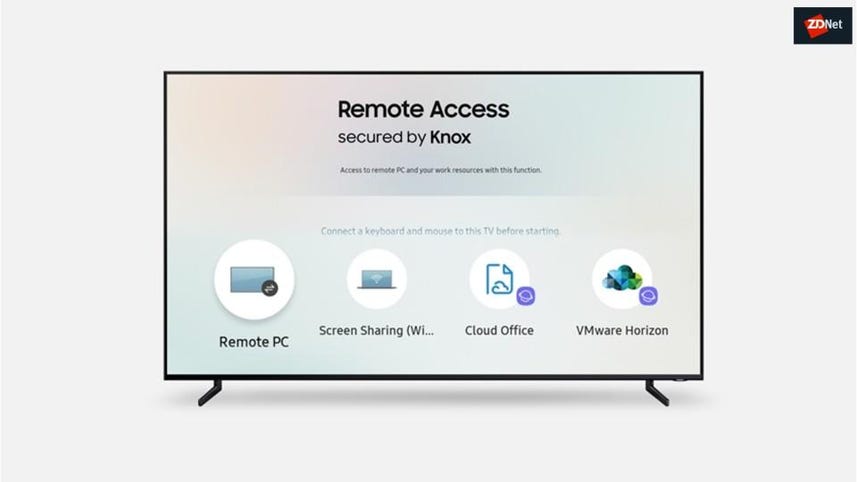 Samsung Electronics will add a new wireless control feature called Remote Access to its 2019 smart TVs that will allow consumers to use their televisions to control connected devices such as PCs, tablets, and smartphones, the company has announced.

Users can connect their keyboard, mouse, and other input devices to the TV without the need to connect other devices via separate HDMI cables.

For example, they will be able to access their PCs in other rooms through their TV to browse the web, play games, work on documents, and access files. The South Korean tech giant said it will add more compatible programs and apps going forward.

Remote Access will be available globally via VMware's Horizon virtual desktop infrastructure solution, Samsung said. It said Knox, the firm's security solution, has been installed on its Smart TVs since 2015 and will protect it in wireless and cloud connections.

Samsung has aimed to make the use of its Smart TVs simpler, adding remote control called One Remote.

It has also consolidated its Internet of Things services into the smart TV, making it a centre piece for its IoT strategy.

While smartphone manufacturers try to differentiate their products, there are some features they need to be on the same page about.

Samsung Galaxy Note 9: The best smartphone of 2018 continues to impress

A lot of smartphones pass through the hands of ZDNet reviewers and a few stand out from the masses. The Samsung Galaxy Note 9 remains active on a regular basis and continues to confirm its greatness.