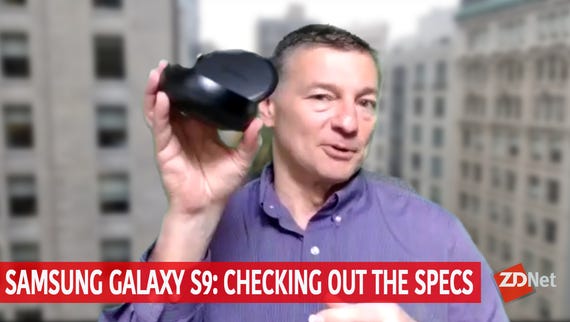 The Samsung Galaxy S9's display has been given an A+ and ranked the best-performing OLED screen on the market, according to test outfit DisplayMate.

But the Galaxy S9 is now the smartphone to beat, despite having the same 2,960 x 1,440-pixel resolution and 5.8-inch display as the Galaxy S8, thanks to Samsung using its manufacturing prowess to target display qualities that matter, such as color accuracy, brightness, outdoor visibility, and reflectivity.

The result is that the Galaxy S9 is "almost certainly considerably better than your existing smartphone, living room 4K Ultra or HDTV, tablet, laptop, and computer monitor based on our detailed lab measurements," wrote DisplayMate.

Unveiled at Mobile World Congress this week, the Galaxy S9's Snapdragon 845 should make it an extremely fast phone, and it comes with improved cameras, speakers, and a fix for the S8's awkwardly placed fingerprint reader.

DisplayMate notes that Samsung needn't deliver 4K 3,840 x 2,160 pixels on a smartphone, which would put a burden on memory and processors, yet wouldn't improve what people see in reality.

OLED displays are taking over the high-end smartphone market due to several advantages they have has over LCDs, including being better suited to edge-to-edge designs, brighter, flexible and more power efficient.

Samsung is betting that camera improvements will spur an upgrade cycle to the Galaxy S9 and Galaxy S9 Plus. Here's a look at the enterprise angle, specifications, deals, DeX, and competitive landscape to help you decide.