The software and services vendor announced an investment in intelligent robotic process automation (RPA) that is intended to help SAP automate repetitive processes across its portfolio.
Written by Nick Health on Oct. 23, 2018 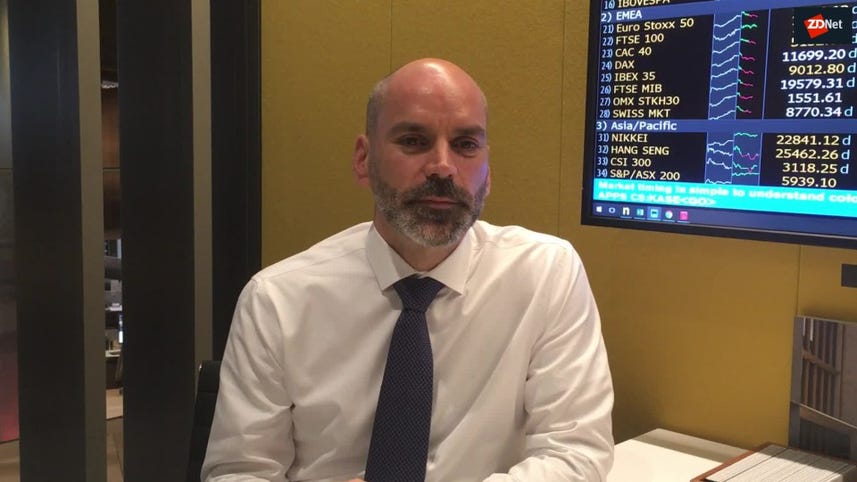 SAP has signalled its intention to help firms automate a wide range of back office tasks using robotic process automation.

The software and services vendor has announced an investment in intelligent robotic process automation (RPA) that will help SAP automate repetitive processes across its portfolio.

"Machine learning acts here as the brain that is managing exceptions and guides the RPA bot to execute on desired processes," said Juergen Mueller, chief innovation officer at SAP, speaking at the SAP TechEd conference in Barcelona.

During RPA, software is used to capture the rules that govern how people process transactions, manipulate data and send data to and from computer systems, in an attempt to build an automated platform that can perform those roles.

RPA is designed to remove repetitive tasks from back office jobs like data entry, accounting, human resources and supply-chain management. These roles regularly require predictable tasks that are ripe for automation, such as collecting data and shunting it between different systems.

SAP's pledge to invest in RPA was made alongside a swathe of machine learning-related announcements at the conference.

SAP also revealed it is adding new services to its SAP Leonardo Machine Learning platform to make it easier to build corporate chat bots and allow firms to roll them out "within days".

"The expansion allows customers to automate their customer support with chat bots. These updates, together with new smart analytics capabilities, are the next big milestone to bring intelligence to our customers," he said.

The new SAP Analytics Cloud service will be available from Q4 2018, and will help developers and designers build analytics applications via "advanced scripting, standardization of analytics content, and analytic extensions through software development kits and application programming interfaces".

As part of its goal of offering a one-stop platform for businesses' ML needs, SAP said it continues to invest in machine-learning capabilities for data scientists to train their own custom ML models, and in newly released ML services.

SAP intends to release a variety of new ML services before the end of the year, including: scene text recognition for extracting text from images, customizable image segmentation for picking out objects in images, and customizable text feature extraction for detecting and matching fine-grained patterns in text. It will also offer Google's cloud text-to-speech and speech-to-text services.

As part of SAP's partnership with Google, SAP's machine learning will be released on the Google Cloud Platform (GCP) in November 2018. This will enable customers to use GCP and SAP Cloud Platform together to build intelligent applications.

SAP ultimately intends to expand its ML portfolio to include RPA, machine learning and conversational AI in a "single end-to-end automation stack". With this in mind, SAP says that from early 2019, it will offer a "robot infrastructure" for SAP S/4HANA designed to automate workflows, which is also capable of handling exceptions.

Alongside the ML announcements, SAP used the conference to reveal a series of changes to its Cloud Platform, including:

The cloud services provider has beaten analyst expectations in the latest financial quarter.

SAP has expanded its Leonardo Machine Learning capabilities, making it easier for companies to leverage the next-generation technology.

Commentary: In a new ad featuring actor Clive Owen, the enterprise software company says even climate change can be solved by business.

Business
Azure's capacity limitations are continuing. What can customers do?