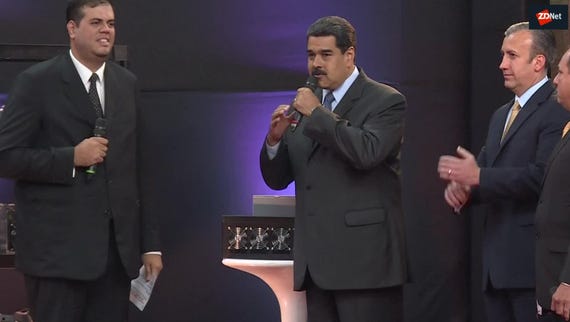 The US Securities and Exchange Commission (SEC) has issued "dozens" of subpoenas and information requests from companies seeking to jump on the cryptocurrency craze through Initial Coin Offerings (ICOs).

As reported by the Wall Street Journal, people familiar with the matter say that the watchdog has sent these requests to technology companies and advisors involved in new cryptocurrency schemes.

ICOs have become a popular investment of late. In comparison to more traditional avenues for investment such as stocks and shares, ICOs provide investors with "tokens" or company-branded cryptocurrencies in exchange for traditional virtual assets, including Bitcoin (BTC) and Ethereum (ETH).

While ICOs allow genuine companies to kick-start blockchain-related projects and to raise funding without the need for IPOs or angel investment, fraudulent schemes are also rampant.

It was only last month that LoopX pulled an exit scam following five ICOs and managed to walk away with roughly $4.5 million in investor funds.

A problem SEC has to tackle is whether or not ICOs are protected by securities law.

If investors lose their funds they may attempt to take a company to court -- such as in the case of BitConnect -- but unregulated ICOs are a difficult issue for courts to rule on, especially if ICO operators are abroad.

If ICOs are deemed securities, US law requires protections to be in place for investors, traders to be vetted, and for companies and advisors to have a strong, thorough knowledge of how to conduct securities events properly -- a missing factor in many of today's token sales.

However, some in the cryptocurrency space resist this idea and cite ICO offerings as "utility tokens" to avoid regulation. To date, no ICOs have been registered as securities with SEC.

SEC chairman Jay Clayton has previously said that just by defining a token as utility or otherwise does not "prevent the token from being a security."

"Replacing a traditional corporate interest recorded in a central ledger with an enterprise interest recorded through a blockchain entry on a distributed ledger may change the form of the transaction, but it does not change the substance," Clayton said. "Tokens and offerings that incorporate features and marketing efforts that emphasize the potential for profits based on the entrepreneurial or managerial efforts of others continue to contain the hallmarks of a security under US law."

Back in January, Clayton warned off companies considering adding the phrase "blockchain" to their manifestos or names in order to inflate share prices without any blockchain-related foundation.

Atari to launch cryptocurrency token for use in casinos, gaming platforms

The gaming giant believes that cryptocasinos could be the next big thing.

Join Discussion for: SEC pursues dozens of companies in cryptocurrency...