Far from the testing beds of the California Bay Area, a local grocery chain and an autonomous delivery company ink a major deal.
Written by Greg Nichols, Contributor on Sept. 17, 2018 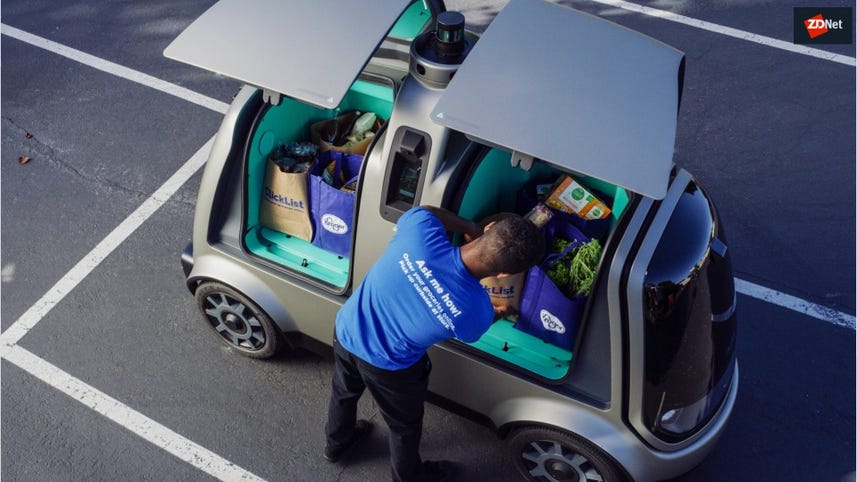 Then, just a couple weeks ago, unsung outlier AutoX, which is run by a man actually called Professor X, leapfrogged the pack by announcing it will soon start real-world L4 autonomous delivery in San Jose.

Also: Inside Yandex self-driving car: Here's what it's like to ride on Moscow's crazy roads

Now Udelv, which boasts the first-ever successful autonomous delivery on public roads, a milestone it passed in January that was covered mostly in the trades, has inked a deal to supply Oklahoma's largest chain of local grocery stores.

At least to start, the ADVs will carry human safety drivers. The hope is that an early track record of safety and compliance will prompt regulators to approve driverless operation for the L4 autonomous vehicles.

Udelv's decision to seek out partnerships in Oklahoma, which is far removed from California's Bay Area tech hub, reflects a desire on the part of the company to open up new markets for delivery automation in the vast majority of the country that's never seen a pizza delivery robot roll down a sidewalk flanked by a column of engineer-observers.

It also reflects the eagerness of state and local governments to attract technology developers and the money and cachet they bring.

"Oklahoma is actively developing a strategy to integrate the technology of automation through the work of the Driving Oklahoma Working Group," says Secretary of Transportation and Oklahoma Department of Transportation Executive Director Mike Patterson. "It is exciting to set the basis to support innovations like this and work with companies such as the Buy For Less family of brands at the forefront of its industry."

Those involved in the deal say it will create new engineering and technical job opportunities in Oklahoma City.