Should you install iOS 13.7 on your iPhone?

It's only been out a few hours, but I'm already hearing bad things from some iPhone users who have taken the plunge.
Written by Adrian Kingsley-Hughes, Contributing Writer on Sept. 2, 2020 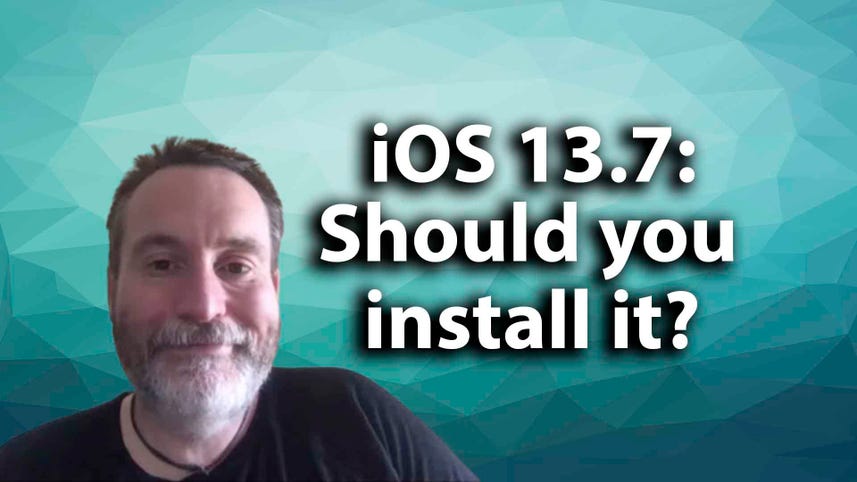 Apple has released iOS 13.7, which, barring any additional last-minute bug fixes, is likely to be the last big iOS update we see this side of iOS 14. But given what I'm hearing from users, some bug fixes may be needed.

One of the tentpole features of iOS 13.7 is standalone version COVID-19 Exposure Notifications functionality, and so the tinfoil hat brigade have been out in force, fussing about how this allows governments to track them using their cellphones.

Paranoia aside, I was surprised how quickly the complaints started to roll in from people who'd installed iOS 13.7 on their iPhones, and how varied the issues reported were.

Must read: This huge power bank will keep your devices charged when everything else fails

Reported issues ranged from problems with Wi-Fi and Bluetooth, laggy performance, and Face ID/Touch ID issues. I also had two reports of battery issues, although I believe it's too early to come to any conclusions about battery life without getting a few recharge cycles in. That said, some were seeing quite severe battery issues under iOS 13.6, so these new issues might be a continuation of the old issues.

If you are suffering battery issues, I recommend waiting for a couple of recharge cycles before getting too worried, and I also find that doing a reboot after that sometimes helps.

I've installed iOS 13.7 on a few devices, and I've not come across anything show-stopping... yet.

Not installed iOS 13.7? You can download and install it over the air by going to Settings > General > Software Update.

Smartphones
Why you should really stop charging your phone overnight