For European startups with an eye on expansion, the appeal of an overseas move can be hard to resist.

There are many different reasons why Estonian startups focusing on global markets might decide to move their holding company or business units abroad. It's important to be close to the clients, partners and investors there, for example, and it's easier too to find and attract investors, network successfully, and get experience of global business in countries like the US or UK.

But not everyone's convinced that an overseas move always makes sense. Sven Papp, partner at law firm Raidla Lejins & Norcous, said it's good for Estonian startups to have ambition and vision, so they're not stuck in the smallness of the Estonian market and its way of thinking. However, he added, there are other considerations that startups and government should keep in mind.

"If an Estonian startup starts its operations in another country, it hires an important part of its workforce in that country, and pays its taxes in that country. It means that the startup won't then contribute much to the taxes that the [Estonian] government uses to fund education for the founders of the next [generation of] startups," he said. 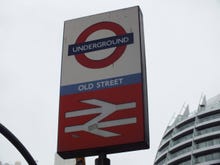 Papp said he is not against the free market or free labour market, but it could be beneficial for Estonia if the government were to create an environment that attracts investors and startup founders with high potential, as well as focusing more on ICT related subjects in education in order to create a high-skilled and well-paid talent pool, so local companies don't feel the need to move out of the country early on in their lives.

Rain Rannu, the founder of Fortumo, a startup which provides mobile payment services in 80 countries all over the world, says that the assumption that when a company sets up its corporate headquarters in foreign country then the taxes will automatically be paid somewhere else is a myth.

"If the employees of the company are in Estonia and the owners are tax residents in Estonia, then the taxes will be paid in Estonia," he said. More than 50 of Fortumo's workforce of 70 are based in Estonia. The management, operations and development staff are situated in Estonia's second city Tartu, while it has sales offices in Beijing, New Delhi, and San Francisco.

Tõnis Arro, the chairman of Estonian Development Fund, which is developing the startup ecosystem on behalf of the state, hopes that startups with Estonian originas will create "a layer of smart capitalists" that will in turn become investors, helping to build new local businesses.

For example, he said, with "the sale [to eBay], the [Estonian] stakeholders of Skype got a total sum which was equal to one percent of national GDP at that time. A large part of that money returned to Estonia in investments".

"It's almost always more beneficial for Estonia to have an ambitious international company which is only 10 percent associated with Estonia than a '100 percent Estonian startup' which doesn't have any plans to look further than the local market," said Rannu, adding that for a startup, the most important factor in choosing where to base itself is having access to enough people who are useful to the company, especially in the later stages of its development.

"It begins with the education system, but prior experience has a big role to play too. For example, many Estonian startups have benefitted from the existence of people who have experience of working in Skype. Likewise, in Finland, the people who have worked for Nokia have helped to develop the local startup scene and companies too," he said.

Riina Einberg, the general manager of Estonian operations for ZeroTurnaround, another Tartu-based company , said that a successful startup will go global sooner or later, and that shouldn't be seen as a bad thing.

"The tragedy is that, at the moment, any office abroad is often established too soon. Instead of developing the product, the company, which often doesn't have enough experience and money, has to waste its time and resources on the foreign company and bureaucracy involved with it. It's often a bit too much for many startups," she said.

In her opinion, in order to keep a company in Estonia as long as can be and prolong making the final decision to move abroad, keeping as many jobs in Estonia as possible, the government should support the families of foreign specialists who move to Estonia. It also needs to put more emphasis on communication and performance skills, teamwork and entrepreneurship in schools and universities, and also change the country's regulatory frameworks to make them more favourable to startups.

"Legitimizing [convertible loans] and making some changes to the management board-supervisory board structure would help startups a lot," Einberg said.

Priit Potter, the CEO of local startup Plumbr, gave another example of problems affecting startups at a recent economic conference held in Tallinn: "If the equity capital of a company falls below a certain ratio, which means that the company takes out a loan and starts to actively use the money it's borrowed, local business law stipulates that the management board has to do something to defend the interests of the creditors – add some capital or start bankruptcy proceedings."

Rannu added that granting stock options and preferred stocks to companies' employees, and the manner in which such benefits are taxed, is more complicated in Estonia than foreign investors may be used to.

Because Estonia lacks product-based IT companies, there is a scarcity of managers, specialists, marketing and salespeople with the necessary global experience.

"This experience is not something that is going to come into being by itself just from going through further education and [attending] some seminars and conferences. This is why it is necessary to get those competencies from elsewhere," said Einberg, adding that it will take some time until the number of people in Estonia with the right skills reaches "critical mass".

"Although it seems that we do have a lot of startup founders in Estonia, companies in their second phase need an experienced leader who has similar practical experience and personal contacts in the worlds of investors and clients," Papp said.

Einberg was sceptical about the dream of bringing top managers to Estonia.

"A top sales manager or marketing manager who has already experience from several startups will not move to Estonia – he or she has already settled somewhere else with his family and is afraid to lose their networks and value for the next potential employer," said Einberg, explaining why highly skilled foreign staff are often easier to hire abroad.

In Arro's opinion, the state needs to develop the country's business environment and market it better to lure high-potential startups to settle in Estonia.

"We should attract foreign startups into our startup incubators and accelerators, hope that they do some business here and grow their company. We shouldn't be too worried about them leaving in the next growth phase. Estonia should become famous as the best place to start the business," said the chairman of Estonian Development Fund.

Join Discussion for: Should you stay or grow: When's the right...