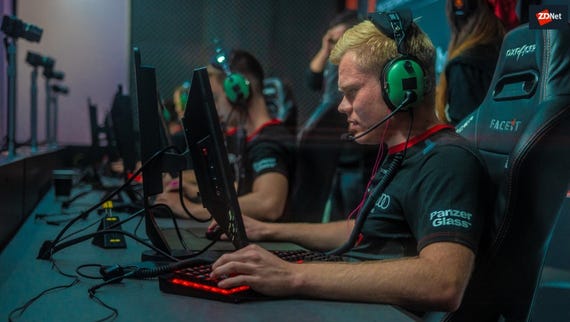 Singtel, Optus, Airtel, AIS, Globe, and Telkomsel have announced signing a memorandum of understanding on pushing esports and gaming content creation and distribution across APAC and India.

The MOU will also see the six Singtel-owned telecommunications carriers collaborate with the "broader gaming ecosystem" across the region. According to Singtel, this will include developing original content and providing access to esports tournaments.

"The Singtel Group will tap on its telco assets, strong knowledge of its local markets in Asia, and mobile customer base of more than 700 million to explore opportunities to enable esports enthusiasts and gamers in their passion," Singtel said on Monday.

While Singapore's largest telecommunications carrier in August reported losing 47,000 local mobile customers over the past year for a total of 4.1 million mobile customers in Singapore, it has a wide potential customer base for gaming content offerings across the region, with 735.4 million Singtel Group mobile customers.

Singtel added that it expects esports audiences to grow from 20 million now to 40 million by next year.

The Singtel group has been increasingly focused on media offerings and content creation, with the group's pay TV revenue up 12.1 percent year on year to SG$104 million last quarter.

Across Singapore, the consumer segment brought in SG$547 million in revenue in the three months to June 30, SG$65 million of which was from residential pay TV, up 13.6 percent thanks to FIFA World Cup subscriptions.

Singtel lost 17,000 Singtel TV customers during the past year, with 387,000 total customers as of June 30, although average revenue per user (ARPU) rose from SG$41 to SG$44 thanks to FIFA World Cup subscriptions.

Singtel's Australian subsidiary Optus is likewise relying on "elite football" content for its media offerings, in August securing the broadcast rights to the UEFA Champions League along with the UEFA Europa League and UEFA Super Cup for the next three years.

This followed Optus revealing in May that it had extended its exclusive Australian broadcast rights for the English Premier League (EPL) for another three years out to the 2021-22 season, at the same time opening it up to non-telco customers and launching a new app.

"This broadband service features a dual network that comprises a 1Gbps dedicated bandwidth for gaming and another 1Gbps bandwidth for regular internet usage," Singtel said, with the offering priced at SG$69.90 per month for 24 months.

Singtel had earlier this year also announced a partnership with gaming company Razer for e-payments across Southeast Asia in addition to esports and digital media opportunities.

Under the Razer agreement, the two companies will ensure their e-payments systems are interoperable.

Also on e-payments, Singtel last week announced the launch of Via, the first cross-border mobile payment alliance in Asia in partnership with AIS and Thai digital bank Kasikornbank.

Via combines Singtel Dash with AIS Global Pay and Rabbit Line Pay, enabling QR code-based mobile payments across Singapore and Thailand. The service will later be expanded to the telco's regional companies Airtel in India, Globe in the Philippines, and Telkomsel in Indonesia.

Singtel said it would also expand to include non-telco partners such as China's Ping An eWallet, which is owned by Ping An Insurance Group.

"We see a tremendous opportunity to drive the adoption of mobile payments which supports ASEAN's push towards financial inclusion and vision of a single digital market."