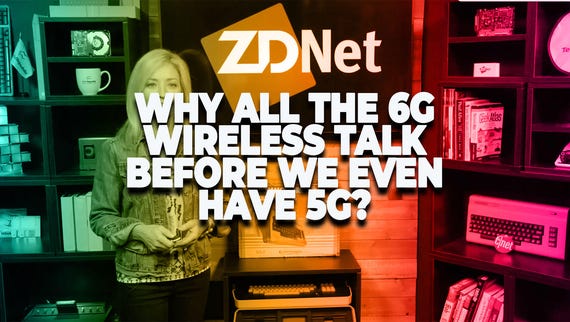 A couple of weeks ago, an unexpected entrant into the world of telco commentary pointed out that 5G in 2019 is not all it is cracked up to be.

That entrant was ratings agency S&P, and they were dismissive of the lead Huawei has in 5G.

"If reports of a 5G gap are true, operators in markets facing Huawei restrictions could theoretically see higher equipment spending or delays in 5G implementation. But given the lack of value-added, 5G-ready use case applications, our forecast for 5G investment and customer appetite is bearish, so any incremental increase cost or delay should be nonmaterial to the ratings," it said.

The ratings agency further stated that slowing smartphone uptake, combined with 5G rollouts occurring at a "restrained pace" until telcos figure out how to make money from it, is minimising any ill-effects from shutting out Huawei in certain markets.

It's a view that is difficult to disagree with after spending a few weeks with the Oppo Reno 5G. The Reno is your regular 2019-style flagship device, but the most interesting aspect of it was the opportunity to test Telstra's burgeoning 5G network in the real world.

At the present time, Telstra's network is very patchy, and taking a few steps one way or another really does impact the connection.

Whenever Telstra likes to show off 5G devices, it does so in a room at its Sydney headquarters that can provide speeds of well in excess of a gigabit a second, thanks to what I now assume is a femtocell directly above the lectern where the demonstrations are conducted.

Over a series of tests conducted in Australia's two biggest cities however, I was unable to get over 300Mbps unless I was in the above-mentioned Telstra HQ where I once hit 320Mbps. Even on an early Sunday morning when I was parked under a tower in suburban Sydney, the Oppo could only produce a top speed of 280Mbps during speed tests. Meanwhile, my Pixel 3 4G device was only 50Mbps behind it.

Hardly the sort of blistering speeds we've been promised that would justify a AU$15 a month charge next year.

For its part, Telstra says it will have five times the coverage by the end of the year, but even that will still leave suburbia with patchy coverage.

At the present time then, we are in the 5G halfway house.

Telcos are relentlessly promoting and pushing the technology as the next big thing, but the hype of 5G is not going to turn into reality until standalone 5G appears in the next few years. Even when that reality arrives, it'll be the decreased latency that allows for the automation and self-driving car prognostications to materialise. Smartphones will get data quicker, but that will hardly be world-changing.

Until standalone 5G arrives, the use case put forward seems to be the sort of thing LG detailed at the Australian launch of its dual screen V50 ThinQ: Imagine you are at a train station and your train is coming, and you've forgotten to download a Netflix show to watch on your journey, with 5G you could press download and have it on your device in under 5 seconds.

Or, people could keep using LTE devices, wait a couple of minutes to load that precious Netflix content, and be AU$15 a month better off.

The 5G land of magical rainbows and unicorns might appear one day, but it's not coming in 2019.

Join Discussion for: Real world 5G not ready for primetime in...