The closure of the service may be due to users making payments for adult content through the app.
Written by Charlie Osborne, Contributing Writer on July 23, 2018 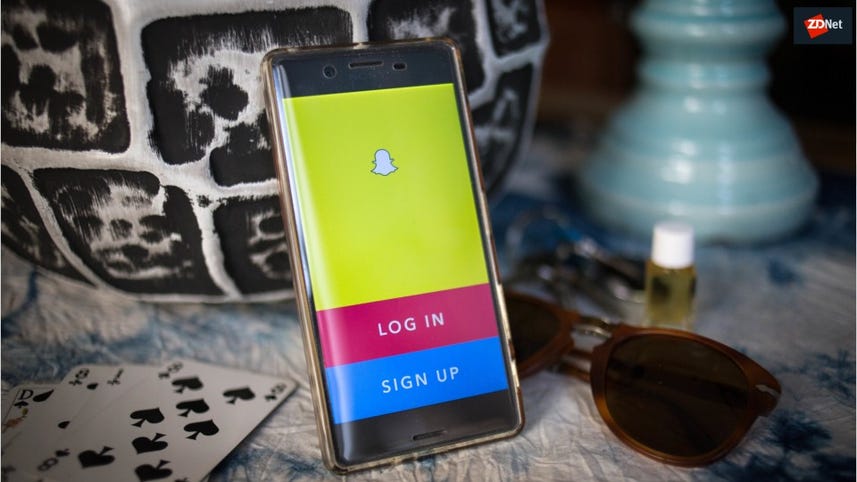 Snapchat has confirmed the closure of Snapcash, an in-app mobile payments service which may have become more liability than profit maker.

Launched in 2014, Snapcash, a project launched in conjunction with Square, allows users to send payments to each other through the application.

Contactless cards, e-commerce, and mobile payment applications are popular, and Snapchat wanted a slice of the pie. The app, which is used to send images, text, and video which have an imbued "self-destruct" feature after a preset time, has a loyal following with the younger generation.

It makes sense -- a young, tech-savvy customer base combined with mobile payments features. What could possibly go wrong?

Abuse of the service, it seems. There are plenty of other mobile payment providers out there, such as PayPal and Venmo, and while Snapcash aimed to join the ranks, it has instead gained a more distinctive customer base.

TechRepublic: Biometric mobile payments to hit 1T transactions, $51B in revenue by 2022

It takes nothing more than a quick search on social media to find Snapchat users touting various wares in return for payments made over Snapcash.

The peer-to-peer mobile service is not only used to facilitate the exchange of cash for adult content -- such as photos and videos -- but also, based on social media feeds, it seems, dubious loans.

As reported by TechCrunch, Snapchat is cashing out and will withdraw the service from 30 August.

Code buried within the payments system stated, "Snapcash will no longer be available after %s [date]," leading a Snapchat spokesperson to confirm the move away from mobile payments.

"Yes, we're discontinuing the Snapcash feature as of 30 August 30, 2018," the spokesperson told the publication. "Snapcash was our first product created in partnership with another company -- Square. We're thankful for all the Snapchatters who used Snapcash for the last four years and for Square's partnership!"

A SEC filing made public at the end of 2017 stated that Snapchat caters to over 3,000 employees. The firm made a recent round of layoffs which saw 120 engineers and potentially up to 100 employees in the advertising sector lose their jobs.

The company has grown quickly, but despite a loyal younger customer base, Snapchat's loss of a mobile payments feature is likely to hit hard and may raise questions from investors interested in what other plans the platform has in the works to generate future revenue.

In the meantime, rivals in the mobile payments sector are not enjoying an easy ride, either.

Last week, it came to light that mobile payments app Venmo was exposing user transactions by default through the firm's public API.

What features does the smartphone of the future need?