Full Bio
Posted in Between the Lines on December 1, 2021 | Topic: Cloud 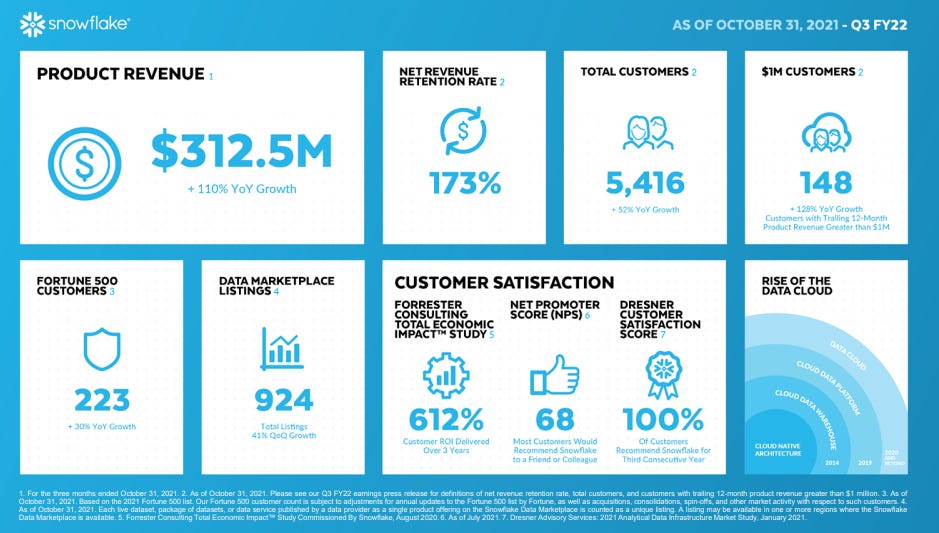 Snowflake reported better-than-expected third quarter results as sales surged 110% from a year ago.

Snowflake said it ended the quarter with 5,416 customers, including 148 customers with 12-month product revenue of more than $1 million.

Snowflake has been putting up strong growth with what the company calls a non-SaaS model. For instance, 93% of its revenue is consumption-based and revenue is only recognized when consumption occurs. Contract durations are increasing with annual billion.

Join Discussion for: Snowflake's industry focus paying off with...