Linux is perfect for everyday tasks like browsing, emailing, photo management, financial management, and much more. Here's an overview.
Written by J.A. Watson on Sept. 1, 2017 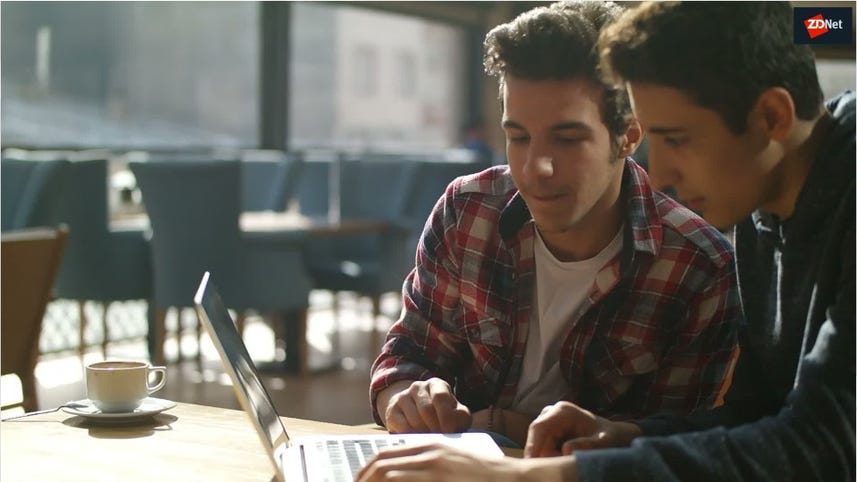 In the comments to my recent post about dumping Windows and installing Linux Mint, in just 10 minutes, someone asked for an article about how to actually do things in Linux.

That's certainly a fair request, and a good point -- I am perhaps more guilty than many others of frequently writing about how easy it is to install Linux, but not about how wonderful it is to actually use Linux.

I can only partially excuse myself for this because I have always thought that the hard part was actually getting someone to try Linux, and getting them over the misconception that installing Linux was a huge, difficult task.

I still believe that if you can just get an ordinary computer user to try using a Linux system, they will quickly see for themselves that it is not some huge, mysterious, and inherently different or difficult experience. But looking at it objectively I can also see that simply saying that is nowhere near as good as providing some simple examples.

So here is a short list of how to perform some everyday tasks on Linux. This is certainly not a comprehensive and scientifically or statistically derived list of common tasks; it is based on nothing more than the things which I personally do on Linux every day, and a few others which have come to mind as I have been writing.

I would also like to make clear that everything I describe here is either included in some common Linux distribution, or can be easily installed by just making a selection from whatever software, application, or package management utility is included in your distribution.

Nothing I will mention requires any kind of compilation, other special effort, or technical skill for installation.

This is undoubtedly the largest single category, because it includes not only reading and searching for information, but a lot of sub-tasks like webmail, online banking, travel and route planning, some types of audio or video playing, and much more.

As with pretty much all of the tasks I am going to discuss here, there are a number of choices for applications which can be used for this.

Most Linux distributions today come with the Firefox browser included, but certainly not all of them. Chrome (or Chromium) is becoming increasingly common as the default browser, and some lightweight distributions are including Midori or QupZilla. That is still not all, though, there are other alternatives available for easy installation such as Pale Moon, Opera, Vivaldi, and more.

I don't think it's necessary for me to spend a lot of time here explaining and illustrating the use of a web browser. I will only say this, and I don't mean it to be derogatory at all: if your primary use of a computer is web browsing then I believe that you should be able to use a Linux system with no problem at all.

The benefits of switching to Linux, even for such a common and simple task as web browsing, are significant though.

First, you get away from the never-ending stream of Windows-specific security vulnerabilities and attacks, and the corresponding never-ending stream of Windows patches and security updates. Yes, there are Linux-specific vulnerabilities, but a lot less of them, and yes, there are Linux patches and updates, but Linux doesn't ambush you when you are trying to shut down or startup your computer with the message that goes 'Surprise! Here comes Windows Update to take complete control of your computer for an undetermined amount of time and an undetermined number of reboots before you will be allowed to use it again'.

Oh, and last but not least by far, when vulnerabilities are found in Linux they are fixed and the updates are made available much more quickly than with Windows.

There are a lot of email applications available on Linux. The three most common which come to mind right now are Mozilla Thunderbird, KMail, and Evolution. Each of these provides a clean, modern GUI mail application, but also various combinations of calendar and contact management.

There are plenty of others to choose from -- just do a web search for 'Linux email' and you will find articles entitled 'The N best email clients for Linux' where N is an integer between 2 and 20.

To be honest, email is one of my favourite examples of the advantages of Linux. I have watched with amusement over many years as Windows has veered from having a very simple but probably adequate email client included, to having absolutely no email client included (you had to buy Microsoft Office to get email), to... what? I honestly don't even know what the status of email on Windows is today.

Meanwhile, Linux has always had good email clients included, generally as such a fundamental part of the application set that it has been taken for granted. It's just there, and it just works.

This is a hot button issue. Lots of critics love to say that if you use Microsoft Office, you can't switch to Linux. I say "baloney" to that for the vast majority of everyday users.

For the overwhelming majority of users, who write common, everyday documents, spreadsheets, or presentations, the transition from Microsoft Office to one of the office suites available on Linux would be very easy. The following comments are based on using LibreOffice, but there are other office suites available for Linux (Calligra for example), and most what I say applies to them as well.

So if you have existing documents, or you need to exchange documents with other people who are using Microsoft Office, it is not likely to be a problem.

If you (or they) use some of the more obscure or complex formatting features of Microsoft Office, you might have to make some adjustments. If you are a really serious, dedicated, and sophisticated Microsoft Office user, you might never be happy with a transition to LibreOffice. But for 95 percent plus of the everyday Office users, I believe there will be little or no effort required to switch to LibreOffice.

Also, it is worth mentioning that LibreOffice includes a database management application (Base) and a graphic application (Draw), always. Not just in 'premium' or 'professional' versions, and not just popping in and out as included or not included from one release to the other.

There are a variety of these available for Linux, the two most common being Okular and Evince. Every Linux distribution that I am aware of includes one of these two.

There are also a variety of more powerful PDF manipulation utilities and tools available, which allow you to create, edit, and split multi-page PDF documents. The old-school CLI utility pdftk is still the go-to default for this kind of package, but if you aren't comfortable with command line utilities, there is now the PDF Chain graphical front-end for pdftk.

There is so much available here that I almost can't even write about it. Or maybe it is just that I am old, and multimedia is a young person's world? (I'm still learning to deal with the fact that my new DiscoSport doesn't have a CD player). Every Linux distribution includes at least one, and sometimes several, music players and video players.

Music players include Amarok, Banshee, Rhythmbox, Clementine, and more. Most (probably all) of these can interface with portable MP3 players, play internet radio, rip CDs, and generally manage your music collection.

The best known of the video players is probably VLC, but there are quite a few others such as Dragon Player, Gnome Videos (formerly Totem), and Mplayer. At the high end of this group are the dedicated Media Center applications, such as Kodi and OSMC which you might know from the Raspberry Pi.

The problem with multimedia in general, and perhaps video in particular, is that there are a lot of proprietary formats out there, and a lot of Linux distributions have very strong feelings about including non-FOSS codecs.

If multimedia is important to you, I would suggest using a Linux distribution which includes, or allows you to install, the most popular video formats. Again, I am old and I don't do all that much with video, but when I need something like this I always turn to Linux Mint first.

This is another area where I think Linux excels. My favorite application for this by far is digiKam, but there are a lot of others -- Shotwell is also very common, for example. Besides the obvious functions of photo downloading from various cameras, smartphones, and memory cards, and then organising and displaying them, these packages include a lot of other functions such as labelling, tagging, rating, grouping, simple editing, and touch-up, merging and panorama creation.

For example, I travel a lot, often to out-of-the-way places. One of the cameras I use adds geotag metadata to pictures. When I get home I can download those pictures to digiKam, and then use the Map display to see exactly where I was, and what routes I followed. The screenshot above shows a recent hike that I took in the Alps, with the location of the pictures that I took, and the location where each was taken.

More, so much more

I have barely started to scratch the surface here. I'm sure there are plenty of people who can add comments about things that they do on Linux. The really important thing about all of this is that everything I have mentioned and illustrated here is free. Most of it comes with common Linux distributions, and the rest can be easily downloaded using a software manager or package manager. Just try it. Look around. See what is available -- check the links I have included above, or just do a web search for 'Linux xxxx', where the x's are replaced by whatever your favorite applications is.

Sometimes the transition from Windows applications to Linux is trivial. Sometimes it takes a bit of effort, learning new or different functions or just a different screen layout and menu organisation. But it is very seldom impossible, and in my experience, with the people whom I am introduced to Linux, the result has always been deemed to be worthwhile.

One of my netbooks needed refreshing, and I decided to dump Windows completely and install only Linux Mint. The entire process took 10 minutes. Here are the details.

Hands-on: A walk through the openSUSE Leap 42.3 installer

The recently-released openSUSE Leap 42.3 distribution includes some changes to the installer. Here's a screenshot walk through of one of my installations.

Raspberry Pi computing cluster: What I'm using it for, and what I've added to it

I have been asked a number of times what the Raspberry Pi cluster might be good for. Here, I will take a look at some answers to that, and also at some of the new hardware bits I used to build it.

Sparky Linux 5, based on Debian testing (buster) was recently released. I have taken a look at the standard desktop versions (Xfce, LXQt, and MATE), and created my own i3 desktop version.