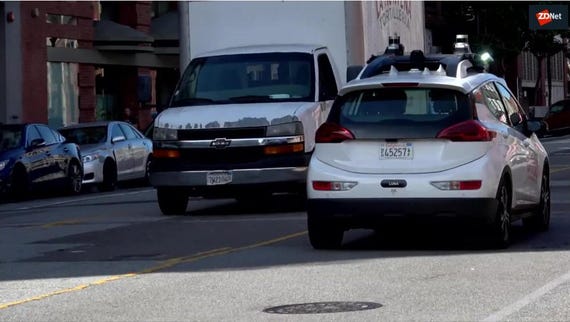 PlayStation fans felt slightly underwhelmed as Sony, instead of dropping PS5 teasers or game launches, merely showed off the future console's logo – which looks essentially the same as that of PS3 and PS4 – during its press conference this week at CES.

But then Sony went ahead and unveiled an electric car. That's right – a vehicle. Dubbed the "Vision-S", the car is only a prototype, so don't expect to see it appear next to headphones and televisions on the company's website just yet.

In fact, Sony didn't even clarify whether it intended to produce and sell the Vision-S. So far, it seems that the initiative is more of an effort to showcase the Japanese giant's technical prowess: the car is fitted with 33 sensors – that's 13 more than a Tesla Model S and Model X – as well as a number of extra features powered by Sony's own technology.

These include 360 Reality Audio, for instance, which is embedded in speakers that can be found in each individual car seat; plus an ultra-wide panoramic screen for "in-car entertainment experiences" across the vehicle's dashboard.

Sony particularly showed off its sensor and camera technology, and fitted the car with a more sophisticated and resilient form of LiDAR called Solid State. A Time-of-Flight (TOF) system also recognizes people and objects inside the car to deliver a customized infotainment interface. CMOS image sensors achieve "high sensitivity, high definition and high dynamic range" to deliver, according to the company, better object detection, even in challenging situations.

In other words, it seems like the company took the best of its technology and put it all in one place – or rather, in one car. "This prototype incorporates Sony's imaging and sensing technologies," said Sony, "as well as on-board software regulated using Sony's AI, telecommunications and cloud technologies, in order to continuously update and evolve its features."

The car is not self-driving but reaches level 2+ driver assistance, meaning that it still leaves most decisions to the motorist but can achieve some tasks such as changing lanes or automatically parking.

Sony remained rather secretive about the future of the Vision-S, so it seems like car-makers needn't worry yet. The electronics giant did, however, say that mobility will continue to be a focus of its efforts, and especially "pursuing safety, reliability, comfort and entertainment".