Star Trek: Discovery, which premieres in its second season this week, is a dark show for dark times, with flawed and imperfect characters. Just like Roddenberry himself.
Written by Jason Perlow, Senior Technology Editor on Jan. 16, 2019

Watch the trailer. Try CBS All Access for free. Stream every episode of every Star Trek series.

For many members of my generation, the Utopian future society -- envisioned by Gene Roddenberry as the "Federation" in Star Trek -- is the ideal target end-state for humanity. It's a bold goal post of planetary peace, universal prosperity, and social equality among beings and sexes that, now in January 2019, seems like a purely unattainable fantasy -- over 50 years after the original series premiered in September 1966.

Also: Star Trek: Discovery Season 2: What's everyone up to? CNET

Advancements that have come to fruition

Many of us tend to think of science and technology as the primary driver that accelerates the advancement of civilization. I wouldn't be a technologist if this was not my core belief. Indeed, many of the technological advancements we have seen in over 50 years of Star Trek have come to fruition. As a predictor and an inspiration for overall technology trends, Star Trek has been incredibly successful. For instance:

But as a significant mover of social change and living up to Roddenberry's social ideals? It's been a failure, sadly.

Also: AR for the blind is straight out of Star Trek

Is it because social change is so difficult to achieve when compared to technological advancement? Or are we a stubborn and stupid species that is ultimately destined to wallow in its own misery, regardless of the tools it has at its disposal?

The society of the Federation was Roddenberry's ideal

Like myself, Roddenberry was a proud secular humanist, and despite his own tragic flaws as a human being -- a noted womanizer, an abusive boss, an alcoholic and drug addict, and an absent parent, he still understood at a fundamental level where we, as a species, need to end up.

The society of the Federation was Roddenberry's ideal. In the late 1960s it was a necessary ideal because, at the time, we were so close to annihilating ourselves. In October of 1962, we came extremely close to ending the world. By September of 1966 when the original series debuted, we were in a contained but prolonged conflict in Southeast Asia that could have escalated to the superpowers and got out of control at any time. At home, by the end of the show's first run in June of 1969, we were on the brink of complete civil disorder with never-ending war protests and race riots.

Also: Star Trek-like headset a breakthrough for the legally blind

As a product of its time, the flavor of the original series reflected all these challenges. As plot devices, the Enterprise crew and Captain Kirk (and later Picard, in The Next Generation) were the tip of the spear and played the role of impartial observer. But they were ever so judgmental of other cultures with negative characteristics that reflected the weaknesses of American society at the time: Racism and ethnic/ideological hatred, sexism, war, vast economic inequality. And the destruction of our planet, ecologically.

Over 50 years later, these are still our biggest problems. And while we have made some advances, the needle in those areas really have not moved much at all.

Is Star Trek a full realization of far-left social ideals?

If you were to ask Senator Bernie Sanders and Congresswoman Alexandria Ocasio-Cortez -- the two Democratic Socialist thought leaders of the far-left of the liberal establishment, which television show best represents the full realization of their social ideals, their answer, after some consideration, will almost certainly be Star Trek. And if it isn't, I would be extremely surprised.

Which is why it is my general belief that, if you are a Trumpist, you cannot, by definition, be a true Star Trek fan. The ideas behind Star Trek's Federation are an optimizing guiding principle for the human condition, an ideology that defines a journey to the realization of our ultimate potential, which at the end-state, rejects the us-versus-them morass and cultural division our country is deeply embroiled in right now.

I am not suggesting that Star Trek is a realistic end-goal, or that I necessarily align politically with the good senator or congresswoman and how they wish to realize their platforms and ideals. As someone who embraces Libertarian principles, I disagree with many of the things that they wish to implement, at least in the short-term.

We should try our hardest to achieve the Federation

But as an end-goal for human civilization, the Federation would not be a bad thing for us, as a species. We should at least try our hardest to get there and to achieve it.

Now, of course, to get there, we need to develop the ability to produce limitless energy, to manipulate matter so we can synthesize anything and eliminate all scarcity, and to completely eliminate economic disparity. Easy, right?

No, it won't be easy. But we need to at least make an effort at getting there. And we can start by at least trying to understand each other. 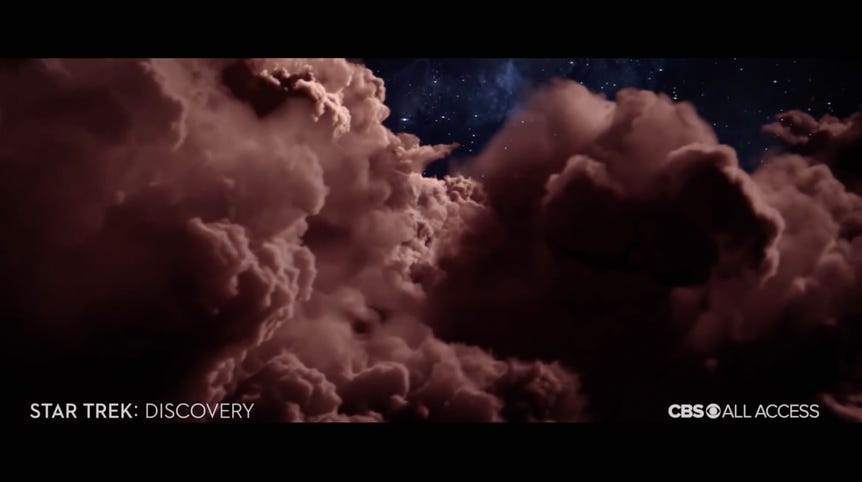 All the hallmarks of Roddenberry humanism

While he would be very discouraged by the world and the America of 2019, as he died just over 28 years ago, I believe that Gene Roddenberry would still recognize Star Trek, even in its current form. I also believe that he would applaud it, though it has broken a number of his unwritten social rules.

Star Trek: Discovery still has all the hallmarks of Roddenberry humanism, simply by examining its cast of flawed human and alien characters. In addition to a strong, new (and yet familiar) captain this season, we have in this motley crew:

But all of them, for all their differences and all their problems, must work together. Because, in this future, the Federation is in dire trouble. This future is not optimistic; it is dark, because of the many existential threats that it now must face.

The reality of America and the world today

Star Trek: Discovery may not be the show that Roddenberry envisioned 50 years ago, with its boundless optimism, but it is the Trek that very much represents the reality of the America and the world we live in today.

One that is imperfect, that arguably is in the same rut it was in 50 years ago. The cast of characters has changed, but the familiar challenges have bigger stakes now than there ever have been. And while the gee-whiz technology is still there, it is but a backdrop, a supporting cast member, not the focus.

Also: How Star Trek serves as inspiration for AI TechRepublic

The focus on the Star Trek of today is the people. Imperfect people, like us. Ones with negative qualities, ones that fight with each other. Like Roddenberry himself. And maybe this is not necessarily the Star Trek we want from a purely nostalgic perspective, but it's the Star Trek we need, and deserve.

Because if we are to ever realize his dream, we have to start with the people, and resolving those differences, first.

Season two of Star Trek: Discovery airs on CBS: All Access on Jan. 17. Talk Back and Let Me Know if you're streaming in.

Disclosure: The Star Trek franchise and ZDNet are both owned by CBS.

26 essential science fiction novels to get you ready for tomorrow

Tomorrow's world isn't that far away. Here's our selection of sci-fi novels that think about the world we are making - books both old and new.

The dialog for the artificial intelligence character in this short film was written by AI. Meta much?

Star Wars is dead, Gen-Xers. Get over it

Let the past die. Kill it, if you have to. No truer words about Disney's multi-billion dollar franchise have ever been spoken. [Spoiler ahead.]

What Star Trek: Discovery taught me about cloud consulting

NCC-1031's crew is a prime example of an IT services consulting firm gone dysfunctional.