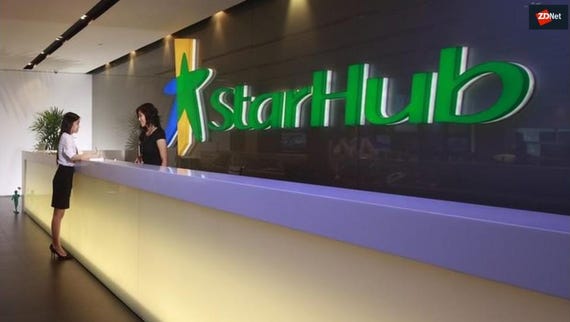 StarHub is sticking with Nokia as its equipment partner to build out its 5G standalone network. The move is touted to allow the Singaporean telco to run 5G services independent of existing 4G network technology.

The move comes six months after StarHub rolled out its non-standalone 5G services. In a statement Tuesday, it said it had again partnered with Nokia to tap the latter's cloud-native Core platform to roll out standalone 5G services. This would include radio, software, security, and professional services, StarHub said, adding that it was projecting to begin offering services later this year.

"With StarHub 5G services delivered via standalone architecture using the 3.5GHz spectrum, customers can enjoy new digital services such as augmented reality for entertainment, education, and healthcare," the telco said. "The industry will have the opportunity to deliver the promised massive Internet of Things (IoT), allowing interconnection of many devices and applications for a smarter society. Businesses can use 5G enhanced mobile broadband service to enable e-sports and augmented/virtual reality live feeds anywhere."

It added that it would be able to use network slicing capabilities to create secure mobile campus networks that support localised functions. It could also tap mobile edge computing services to host applications powered by artificial intelligence, such as facial recognition services, as well as roll out advanced IoT applications, the company said.

StarHub said it was working with various organisations including Nanyang Polytechnic and National University of Singapore to explore potential 5G applications that could enhance higher education experiences, and test use cases. The telco in January last year launched a test facility with Nanyang Polytechnic to develop and pilot proof-of-concepts running on 5G networks.

StarHub CTO Chong Siew Loong said: "We are seeing strong demand for 5G phones and good take-up of our Mobile+ and Biz+ 5G-capable plans, [which were] launched last August. [These are] encouraging signs of the market's appetite for 5G services, which are going mainstream in terms of deployment and adoption this year."

Singapore last year issued two two nationwide 5G licences to Singtel and joint bidders M1 and StarHub, with networks expected to be up and running by 2025. M1 last month announced it also had picked Nokia's Core platform to deploy its 5G standalone network and was targeting to launch later this year.

Join Discussion for: StarHub sticks with Nokia in 5G standalone...