The trials will run entirely on 5G, and independent of 4G infrastructure, which the Singapore and Malaysia telcos say make these different from other roaming trials that still tap 5G non-standalone technology.
Written by Eileen Yu, Contributor on Dec. 30, 2019 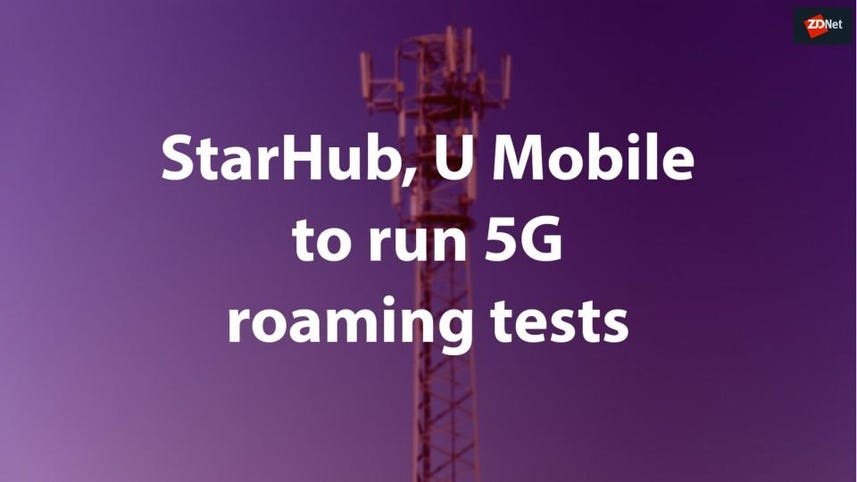 Singapore's StarHub and U Mobile Malaysia will run roaming tests entirely on 5G, and independent of 4G networks, making these trials different from other roaming experiments that tap 5G non-standalone technology. The telcos say the tests will cover use cases including cross-border holographic calls and multi-party video calls.

Scheduled to commence next quarter, the trials would provide insights on performance and help determine important components such as optimal network configurations and settings to deliver seamless 5G roaming experience, the telcos said in a joint statement. They also would be assessing other relevant issues including the right commercial price-points for roaming services in both countries.

U Mobile CTO Woon Ooi Yuen said the trials would benefit consumers and business travellers who commute between Singapore and its northern neighbour. "We also think it will be beneficial to the healthcare industry as 5G non-standalone [technology] may enable remote surgery to be done across borders," Woon said. "This collaboration between U Mobile and StarHub will accelerate the take up of 5G services between both countries."

The trials would be conducted alongside equipment vendor, Huawei.

Singapore's industry regulator Infocomm Media Development Authority (IMDA) in October announced plans to issue two additional licences, should there be interest from the industry, to enable telcos to run localised 5G services on existing 4G networks. The city-state is expected to have two full-fledged standalone 5G networks covering more than half the island by end-2022, with deployments to begin next year.

All four local mobile operators -- M1, StarHub, Singtel, and TPG Telecom -- had been asked to submit their proposals for two spectrum packages put up for bidding. When awarded, the two mobile network operators would have to deploy the 3.5GHz spectrum band as standalone 5G networks, supporting capabilities such as network slicing and ultra-reliable low latency communications.

Mobile data traffic in Southeast Asia and Oceania was projected to climb seven-fold from 2.3 exabytes last year to 16 exabytes per month by 2024, with growth fuelled by 5G, according to a report from Ericsson, which predicted the next-generation mobile technology would account for almost 12% of subscriptions in the region by 2024. In Singapore, specifically, heavy usage smartphone subscribers would consume up to 200GB of data a month on a 5G device by 2024.

Government expects to have two full-fledged standalone 5G networks covering more than half of Singapore by end-2022 and, if there is interest from the industry, it will release another two lots of 800MHz of mmWave spectrum to be used for smaller non-standalone networks.

Mobile data traffic in Southeast Asia and Oceania will climb seven times to 16 exabytes per month by 2024, with growth fuelled by "rapid early momentum and enthusiasm" for 5G, reveals a study by Ericsson, which anticipates the mobile technology will account for 12 percent of subscriptions in the region by then.

Government waives frequency fees for 5G trials until December 2019, in a move aimed at driving the market and uncovering potential use cases for the next-generation network.

China will remain Asia's largest in terms of tech spending, growing 4 percent this year and 6 percent in 2020, and lead global markets in the 5G race where its investments in telecommunications account for 57 percent of the country's overall spend.