Estonia's startups are racing to hire but they're plagued by a shortage of skilled tech labor.
Written by Kalev Aasmae on Oct. 24, 2019 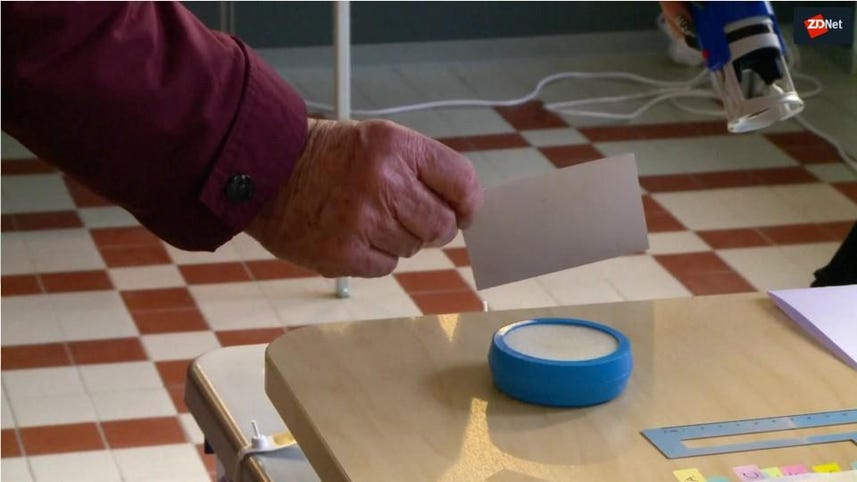 In recent years, Estonia's startup sector has grown fast, with the number of startups in the small Baltic state jumping from 550 to 650 in the first six months of 2019 alone.

Even more importantly, a few bigger startups like Veriff, TransferWise, Bolt, and Pipedrive have had successful recruitment campaigns, mostly funded by recent investments in those companies.

One of the biggest startups hailing from Estonia is Uber rival Bolt, formerly known as Taxify, which in spring 2019 secured $67m in funding, becoming the latest unicorn hailing from Estonia with a $1bn-plus valuation. The company has already hired 700 people globally this year, 300 of them in its Estonian offices.

Bolt's recruitment manager Nikolai Kabatsikov tells ZDNet that the company is planning to keep growing at a similar speed this year, if not faster.

"Looking at the new markets Bolt has recently expanded into, such as the UK and Russia, and the new products we've launched, such as e-scooters rental and food delivery, I suspect [we'll grow faster than last year]. In terms of functions, we're most actively hiring in engineering, customer support, operations, and marketing," Kabatsikov says.

TransferWise, which after this year's $292m secondary investment round is valued at $3.5bn, is also investing a lot of the money it raised in recruitment and employment.

"We've hired more than 100 new employees over the past year and we are committed to hiring over 750 people globally over the next year," a company spokesperson tells ZDNet.

Startup sector monitoring project manager Monika Mällo at Startup Estonia, an initiative from the country's Ministry of Economic Affairs and Communications, tells ZDNet that many factors lie behind this growth. One influence, for example, is Estonia's Startup Visa program, which has had a positive impact.

"Of 650 startups in our database, 130 have been founded by foreign nationals who have moved their company to Estonia using this program" she says.

Although companies are hiring, Estonia's startup sector has been haunted for years by a shortage of skilled labor. According to the Estonian Association of Information Technology and Telecommunications (ITL), Estonia's tech sector employs around 20,000 people but is still short of a further 7,000 skilled workers.

To overcome the difficulties of finding talent in Estonia, startups have been testing various strategies.

TransferWise, whose Tallinn office of 700 employees is its biggest, explains that its internal referral and development programs have been success stories.

"People who already work at TransferWise have a good overview of how we work and who could be a good fit for the company," explains a company spokesperson.

"It's not all about external hires though. We also create internal opportunities. We encourage people to try new skills and allow them to transition into other teams."

TransferWise is also keen to create options for young talent with its fifth boot camp, an engineering-specific internship-to-campus program.

"It brings together about 25 people in six different locations. We give them a few real-life problems and projects to work on within a team. They have mentors and get support from more experienced developers, and if they do well, we offer them a permanent job."

According to Bolt's hiring manager Kabatsikov, the scarcity of skilled labor is not unique to Estonia. The company has seen it in all the other markets it operates in.

"It's always hard to find great talent, no matter where in the world you're looking. It's even harder to find talent with the right culture fit and motivation," says Kabatsikov.

"To succeed at recruitment, we utilize all hiring channels, including modern online marketing techniques, in-house sourcing, smart referral schemes, and many other activities related to employer branding."

In recent years it has become easier for Estonia's tech companies and startups to hire foreign specialists. The government decided in 2016 not to apply immigration quotas to non-EU specialists who come to Estonia to work for a startup or a tech company, if these companies pay at least Estonia's average salary to these specialists.

SEE: Europe has more developers than the US: So why doesn't it have more startups, too?

This policy has helped tech companies, and startups among them to hire hundreds of non-EU employees in Estonia.

According to Startup Estonia, 18% of the employees in Estonia's startup sector are foreigners and companies are keen on bringing more outside talent into Estonia.

In TransferWise's Tallinn office, over 70 nationalities are represented, and Bolt has also lured people to Estonia from all corners of the planet.

"Geographically, people join and relocate from all over the world. Most talent comes from around Europe, but we've also relocated people from countries like Korea, Mexico, India, and many others," says Bolt's Kabatsikov, adding that they still invest heavily in local skills.

Mällo from Startup Estonia believes that the growth and diversification of Estonia's startup sector is only getting stronger.

"The sector is growing rapidly, and we hope that the growth of employees will translate to growth in companies' turnovers. So maybe we'll see new Estonian unicorns in the next few years."

More on Estonia, startups, and technology