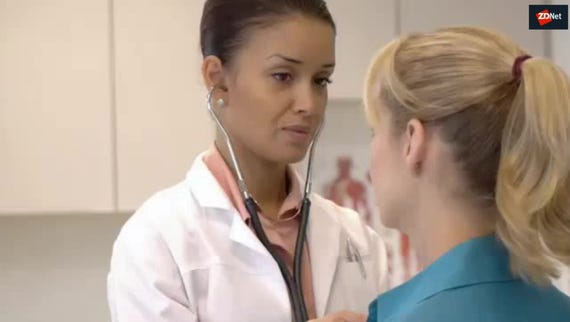 Stephen Hawking wasn't always an optimist in his latter years.

He feared aliens might hate us. He worried that we were wrecking our environment so much that we'd have to leave Earth within 100 years. He had a strong suspicion that President Trump would turn our planet into Venus.

But in Brief Answers to Brief Questions, a collection of his articles and essays to be published on Tuesday, he offered an even greater -- and perhaps more immediate -- fear.

As excerpts in the UK's Sunday Times reveal, the famed physicist and general media star worried about humans using genetic engineering to turn themselves into "superhumans."

"I am sure that during this century people will discover how to modify both intelligence and instincts such as aggression," he says.

Hawking acknowledges that laws will be passed to control genetic engineering. But you know the problems with this world. Some people, often those with a lot of money, find laws little more than a nuisance.

Writes Hawking: "Some people won't be able to resist the temptation to improve human characteristics, such as memory, resistance to disease and length of life."

It's not hard to imagine that those people might be the ones who can afford to do so. After all, genetic engineering won't be cheap.

Which, Hawking says, will leave behind a vast group of "unimproved humans." These people, likely the majority, might be looking at a sticky end.

"Presumably, they will die out, or become unimportant," Hawking says. "Instead, there will be a race of self-designing beings who are improving at an ever-increasing rate."

I can't help thinking this description fits quite a few senior figures in Silicon Valley.

Their belief that they can improve themselves through weird diets, living on their own islands, micro-dosing, a touch of genetic engineering and, soon, inserting chips in their brains offers them a unique future.

Indeed, there already exist DIY Genetic Engineering Home Lab Kits -- yours for just $2,000 -- that begin to help the wealthy mine self-enhancing opportunities.

Also: The ethics lessons will continue until morality improves

Why, Google's director of engineering and famed futurist Ray Kurzweil mused that once humans have chips in their heads, they'll be "godlike."

It's often easy for the knowing to dismiss views such as Hawking's as mere fear-mongering. Yet tech companies don't have a wonderful record with, for example, their "trust us" philosophy of the last decade.

When realities become apparent, tech leaders admit they could have thought things through a little more.

How, though, do you stop the rich getting hold of science and technology that might help them stay healthier longer, while their fellow humans look on, helpless?

And can you imagine a world in which the super rich are also the super smart and super healthy?