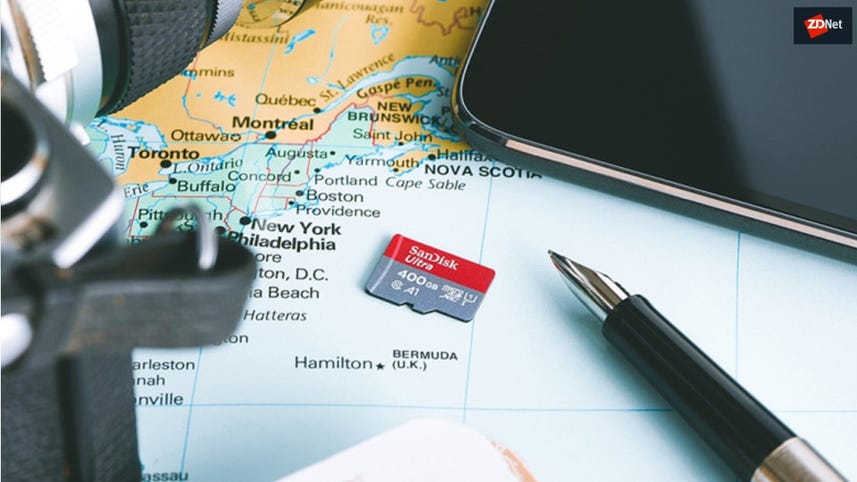 This microSD card crams 400GB of storage into your smartphone

Western Digital has unveiled what it says is the world's highest-capacity microSD card -- one that crams 400GB of storage into your smartphone.

The company says its 400GB SanDisk Ultra microSDXC UHS-I card is the highest-capacity microSD card for use in mobile devices.

The card can hold up to 40 hours of Full HD video and can transfer data at up to 100MBps: at that speed, users could move 1,200 3.5MB photos per minute over USB 3.0. The card, which Western Digital is aiming at Android smartphone and tablet users, comes with a ten-year warranty and a US retail price of $249.99.

Western Digital said its memory technology, design, and production processes allowed for more bits per die, enabling it to push the microSD card capacity up again.

The capacity of microSD cards had grown rapidly: only two years ago, Western Digital's biggest microSD card stood at 200GB, which cost $399 at launch. The year before that, the state of the art for SanDisk was a 128GB card for $199. When the microSD card format was first launched in 2004, it had 128MB of capacity.

"We anticipate that storage needs will only continue to grow as people continue to expect more sophisticated features on their devices and desire higher quality content," Jeff Janukowicz, research vice president at IDC said. "We estimate mobile device users worldwide will install over 150 billion applications alone this year, which require a ton of memory on all of our favorite devices."

Samsung has launched a monster 256GB microSD card that will end your data worries for videos on your smartphone.