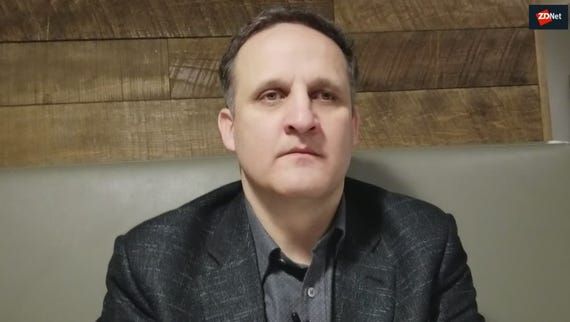 Tableau said its in-memory data engine, called Hyper, is generally available and will be included in Tableau 10.5. Hyper will be able to boost query speed by 5X and extract data and large data sets faster.

With the move, Tableau gets into the database game. Typically, Tableau is extracting data from multiple data sets and joining them together.

What Tableau is hoping to do is speed up time to insight and visualization. Tableau is also releasing Tableau Server on Linux and the ability to embed multiple visualizations in a single view with Viz in Tooltip.

In 2016, Tableau acquired HyPer, a technology that grew out of a Technical University of Munich project, to speed up its analytics tools. Now, the technology will be released in the Tableau 10.5 upgrade to provide the ability to handle larger data sets faster.

Tableau CEO Adam Selipsky said the company integrated Hyper in about 18 months for Tableau's desktop version. He added that by making data ingestion faster it'll be easier to get insights across a broader spectrum of users.

"Hyper changes the way customers work with data. A million row extract goes from 5 minutes to 10 seconds. Multiply that on all scenarios and you can refresh data without thinking about it," said Selipsky.

In a nutshell, Hyper enables Tableau to work with billions of rows of data. That amount of data crunching means that a company can collapse something like 30 workbooks across many units to one.

Selipsky said Tableau is still the Switzerland of data with multiple connectors to various databases. However, there's the possibility that enterprises will do more database work inside of Tableau instead of other tools.

The key points about Hyper include:

Selipsky said Tableau has been asked about a version for Linux, which can be more cost effective in cloud deployments.

The update for Viz in Tooltip will allow customers to embed contextual visualizations inside the tooltip without code. Tableau customers can also streamline dashboards with more interactive tools.

While Hadoop was designed around commodity infrastructure, Hadoop 3.x confronts the reality that too much cheap storage can get expensive.

Amazon, Salesforce would love to move from Oracle databases, muzzle Ellison, but can they succeed?

It must be time for those Oracle database negotiations to start. A report highlights how Amazon and Salesforce are aiming to run their businesses on their own databases.