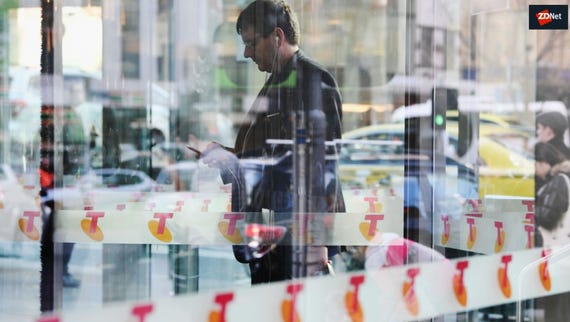 Telstra has teamed up with Ericsson, Netgear, and Qualcomm to successfully test a 2Gbps prototype LTE device in an Ericsson lab in Sweden.

The test involved an aggregation of 100MHz from a combination of low and mid-band spectrum, combined with 4x4 multiple-input and multiple-output (MIMO) technology, and a Netgear Nighthawk mobile router.

Telstra director of Networks Mike Wright told ZDNet the company will retrofit 2Gbps LTE on some of its towers before the end of the year.

"Anywhere where there is a high density in traffic is where we'll put 2 gigabit capability," Wright said.

"The obvious place you start with is where there's a known high traffic density -- classic areas are things like the inner cities out for three [to] four kilometres, and then if you have industrial areas, or a hotspot, or a town."

After launching its 1Gbps-capable 4G network last year, Wright said the telco is refarming a collection of its spectrum to support the higher speeds, and would follow the same type of rollout pattern for the latest upgrade.

"What we'll do is we'll go back, we'll use some more of our spectrum and some more of this technology to take it to 2 gigabits," he said.

"The beauty of having a 2Gbps 4G layer means the transition between 5G and 4G is far less noticeable, and in fact it will feel 5G-like. So it gives us a foundation so that the early 5G devices will feel like they're on 5G even when they're on 4G."

Wright explained the 2Gbps peak speeds are for the downlink from tower to device, and the company expects compatible handsets to follow soon, given the uptake of 1Gbps devices last year.

"We were very surprised about how quickly within six months of the Wi-Fi device coming out with gigabit, we started to see multiple handsets," he said.

"You can expect that all 5G devices will have this capability natively because that's the state of the art in the silicon."

Thanks to its investment in fibre to towers over the last decade, Wright said the telco is able to upgrade its network very quickly to boost speeds.

At Mobile World Congress, the telco said 2018 would see the deployment of over 1,000 small cells in metro areas to increase capacity, and 5G to go live in major cities and some regional areas in 2019.

Earlier this week the company announced its satellite small cells product, dubbed the 4GX-lite Mobile Satellite Small Cell, which is being pitched as allowing those in remote areas to co-fund a satellite-backed extension of the telco's mobile network.

The company is looking to deploy 500 of the satellite small cells in the next three years, and with speeds on the cells limited to less than 6Mbps, Telstra said they are not meant to support high-definition video streaming or video calls.

Telstra's 'unlimited' mobile network advertising campaign has been found to be misleading and deceptive conduct under a Federal Court decision, with an injunction preventing it from continuing the ads.

Telstra has set up a series of 5G-connected Wi-Fi hotspots in the Gold Coast, with director of Networks Mike Wright telling ZDNet the initiative is all about bringing 5G out of the lab while working around the lack of compatible devices.