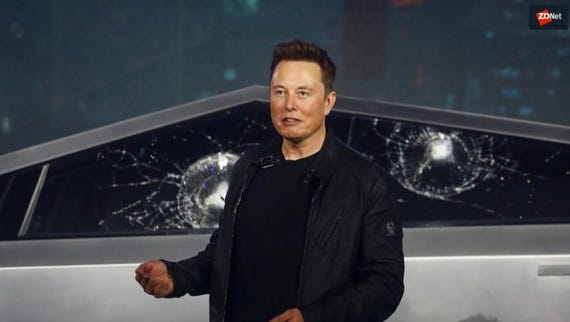 Tesla has released a new video on its website to show the world – and doubters – its ambitions for the Full Self-Driving capability that it intends to deliver to its vehicles via a software update.

Tesla released the video on its main Autopilot page to support a recruitment drive for AI talent and a new hackathon that Tesla CEO Elon Musk announced on Monday via Twitter. He intends to host the hackathon at "my house" – though which one isn't known – in about one month's time, offering candidates an opportunity to connect with the Tesla Autopilot team.

However, at last week's fourth-quarter earnings Musk admitted Full Self-Driving "might be feature-complete in a few months", which suggests there could be a few more months of testing beyond that milestone before it reaches general availability.

He hopes the new hackathon will attract the talent to deliver it sooner rather than later, but hasn't said when Full Self-Driving would be released.

Tesla plans to offer Full Self-Driving capability for $5,000 before delivery and $7,000 afterwards.

Appealing to developers, Musk said on Twitter this week that "soon" Tesla would have "over a million connected vehicles worldwide with sensors and compute needed for full self-driving, which is orders of magnitude more than everyone else combined, giving you the best possible dataset to work with".

He also explained that Tesla's Autopilot neural network (NN) is initially built in Python – for rapid iteration – and then converted to C++ and C for speed and direct hardware access.

"Also, tons of C++/C engineers needed for vehicle control and entire rest of car. Educational background is irrelevant, but all must pass hardcore coding test," he wrote.

SEE: 5 ways technology progressed us in 10 years: The story so far

And Musk stressed that would-be applicants don't need a PhD to join the Autopilot team.

"A PhD is definitely not required. All that matters is a deep understanding of AI and ability to implement NNs in a way that is actually useful (latter point is what's truly hard). Don't care if you even graduated high school," wrote Musk.

Join Discussion for: Know Python language and up for a 'hardcore'...