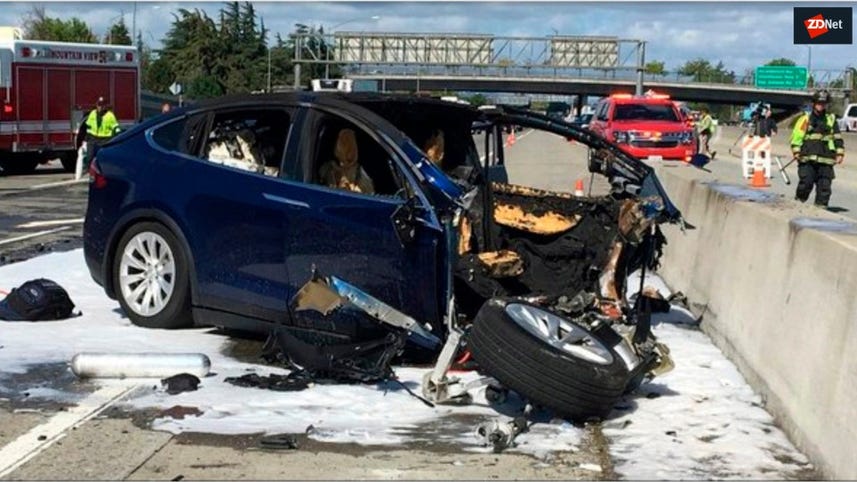 Tesla is suing a former technician who allegedly transferred gigabytes of trade secrets to outsiders.

In a suit filed on Wednesday in Nevada, Tesla alleges that former Tesla process technician Martin Tripp has admitted to "writing software that hacked Tesla's manufacturing operating system" and leaking several gigabytes of Tesla data to outsiders, including "dozens of confidential photographs and a video of Tesla's manufacturing systems".

Tesla also alleges Tripp wrote code that would periodically send Tesla data to third parties and would continue doing so even after he left the company.

The exfiltration software was installed on three computer systems of other employees, which Tesla says was designed to falsely implicate them.

Musk on Monday told staff in a email obtained by CNBC that a disgruntled employee had conducted "quite extensive and damaging sabotage" by maliciously tampering with Tesla's manufacturing operating system and exporting large amounts of sensitive data to unknown third-parties. Musk speculated the outsiders could be Wall Street short-sellers, auto rivals, or oil companies.

According to CNBC, Tripp is the employee Musk referred to in the email.

Tripp, who had worked at Tesla's lithium battery Gigafactoy since October 2017, told CNN he didn't hack any system and was "being singled out for being a whistleblower".

"The data I was collecting was so severe, I had to go to the media," he told CNN. He says he was trying to warn investors and the public and had discovered 1,100 damaged battery modules that were installed on Model 3 cars already on the road.

Tesla's suit alleges Tripp, using information he stole, falsely claimed to the media that "punctured battery cells had been used in certain Model vehicles", even though they hadn't.

"Tripp also vastly exaggerated the true amount and value of "scrap" material that Tesla generated during the manufacturing process, and falsely claimed that Tesla was delayed in bringing new manufacturing equipment online," the suit reads.

Business Insider on January ran a story based on an unnamed Tesla employee who claimed Tesla repaired punctured battery modules instead of scrapping them, and that Tesla was storing flammable materials on site. The suggestion was that Tesla was taking shortcuts to reach its goal of producing 5,000 Model 3 cars per month by the end of June.

Musk's email said the saboteur didn't gain the promotion he wanted. According to the suit, a few months after joining Tesla as a process technician, managers found he was having "problems with job performance and at times being disruptive and combative with his colleagues". Because of this around May 17, Tripp was assigned to new role that he was not happy with.

Tesla investigators interviewed Tripp on June 14 and 15 and after initially denying any wrong doing, he allegedly admitted to writing the malicious software.

Elon Musk has it out with suspected Tesla saboteur (CNET)

The Tesla CEO calls former employee Martin Tripp a saboteur. He claims he's a whistleblower. The emails have all come out.