As the British government reveals some of Facebook's innards, who comes out worst?
Written by Chris Matyszczyk, Contributing Writer on Dec. 6, 2018 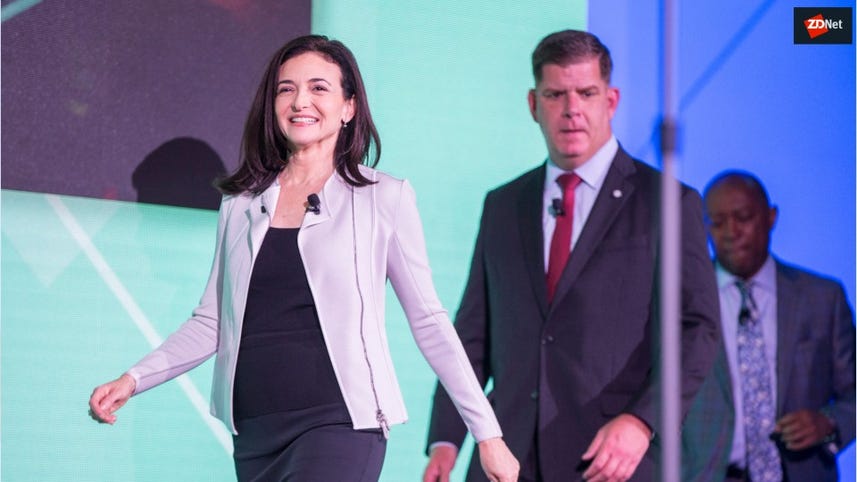 Releasing a highly entertaining batch of internal Facebook emails, culled from a now-deceased company called Six4Three, the Brits have revealed some of the shocking core principles at the heart of the company.

Shocking, I tell you.

My favorite was CEO Mark Zuckerberg's seeming greater interest in Facebook than in, say, anything else.

Who cannot adore the public-spirited commitment behind the words he wrote in an email: "That may be good for the world but it's not good for us."

Yes, all along Facebook was making the world more open and connected, as long as it was openly connected to Facebook's bottom line.

We are, though, human. We need someone to blame for this torrid pyre of hoodwink and horror.

Not a man with a particular gift for dissimulation, he was singularly focused on power and lucre, while occasionally offering scripted We Are The World platitudes.

Not so long ago, I had dinner with a tech CEO who oozed love and admiration for Zuckerberg.

"Facebook is one of the greatest creations of our time," she gushed. "I can go there and cheer Mark on as he goes on his daily runs. It's incredible how he's brought people together."

I regret I may have offered a grunt of disagreement, one which she found deeply disagreeable. I must ask what she thinks now.

But really, was it so hard to foresee that Facebook would do everything in its power to control every piece of human data in the world?

But wait, we can't really blame Zuckerberg for all this. He couldn't have done it without all those who sucked up his slipstream and gargled on the fumes.

Much scorn has recently rained down upon Sheryl Sandberg, the company's COO. As Zuckerberg's right-hand person, she seems to have at least known about some of the more dubious moves, such as hiring a company called Definers to create opposition research on liberal financier George Soros.

It seems clear, though, that most -- if not all -- of the strategic decisions were taken by Zuckerberg. Sandberg presented a more acceptable public face and a more connected insider presence to operate on the political front. She can't be the one to accept most blame.

How about we blame Zuckerberg's lieutenants? All those who knew what was really going on, but only admitted it when they'd left.

It's hardly comforting to hear the likes of former Facebook president and Justin Timberlake impersonator Sean Parker now confess that he's worried what Facebook is doing to children's brains.

Yet these lieutenants were largely bulbous-brained boys out to make a buck. Should we have expected them to have a moral core when most of them were merely hardcore techies hitching their belts to the latest bandwagon?

Now you're talking. At any point, those in high offices might haven noticed that Facebook and its ilk were rather dominating human attention and causing perfectly sane humans to walk straight into traffic while they stared at their phones.

Instead, the world's leaders were desperate to be photographed with Zuckerberg, as if this would sprinkle a little cool on their stuffy images.

Still, government moves slowly. The law, even more so.

Which leads us to most definitely, incontrovertibly the biggest culprit of them all: You.

Nothing personal, you understand, but Facebook would have been nothing if it hadn't been for the world's hordes desperate to partake of its something-for-nothing offer.

That sweet swell of success when one of your posts got 250 likes was more powerful than a bottle of Cristal.

Not once did most people think their whole lives were being placed on a market stall, there to be inspected and bought by the highest bidder.

Perhaps even more painful than that, many people, I suspect, now believe that having their personal information out there is simply normal. Perhaps they even think it's a perfectly fair trade: Their lives for likes.

Zuckerberg didn't create Facebook. His users did. Yes, he had a particularly contemptuous view of those users, believing that as long as there was no great PR problem, Facebook could do what it liked.

At heart, though, he was right. He really could do what he liked, even if it affected lives, elections, and the world's direction.

Also: Facebook's troubles don't have an end in sight

The world gave him that power.

You want to blame someone for what Facebook was and continues to be? Look in the mirror.

Best place to work? Google, Facebook slip down rankings after year of controversy

Facebook's ranking as the best place to work in the US takes a dive after 2018's scandals.

While the FBI-vs-Apple battle played out in the public, the FBI-vs-Facebook encryption backdoor war remained a secret for months.