Jewellery firm Pandora built a new digital hub for its engineering and data-science talent. That space has created a whole new way of working.
Written by Mark Samuels on Jan. 25, 2021 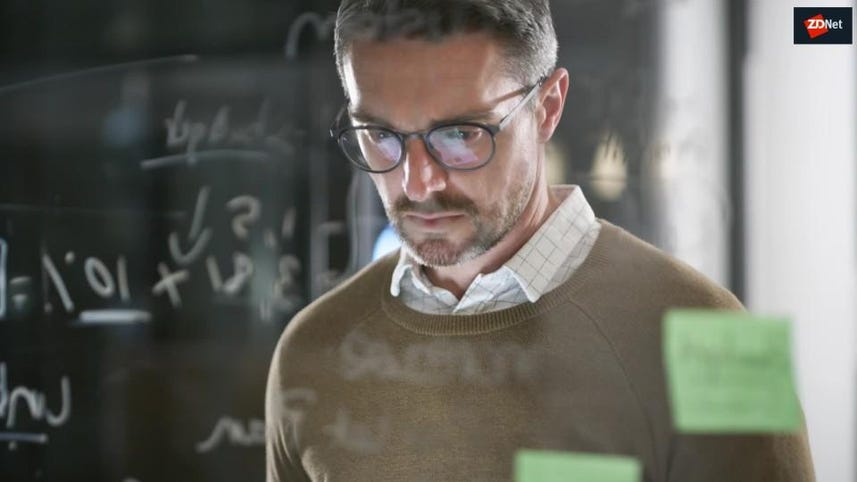 By creating a digital hub that uses Agile working methods to provide a flexible and creative space for its global technology talent, and sustaining that process during social distancing, jewellery firm Pandora has created a vision of the workplace of the future.

That's the view of David Walmsley, chief digital and omnichannel officer at Pandora: "The digital hub is the multiplier for everything we do in digital. It's not just an office space, it's an incredibly rich and diverse space that we're very proud of."

Located close to the company's headquarters in Copenhagen, the hub is home to more than 100 engineers and data scientists. These digital experts are responsible for designing, delivering and running products across Pandora's global business, both online and instore.

The hub provides a space for the digital team to focus on data-led innovation while also helping to connect them to their core responsibility – helping the firm to be more successful.

"Sometimes it's easy for digital teams and tech teams to lose their focus on the actual business objective, which is that we sell jewellery to lots of people around the world," says Walmsley, who believes companies often struggle to balance the creative freedom that digital workers crave with a sense of belonging to a broader organisation.

The digital hub, which opened last July, is Pandora's attempt to create an effective balance between these two demands. The hub is located just five minutes from the company's global headquarters in Copenhagen. Walmsley says that being slightly detached from HQ, but also being in close proximity, is crucial.

While the hub is a dedicated location to help the digital team get on with their work, Walmsley admits that this future-thinking workplace was actually born out of a present-day necessity: lack of space.

He joined the business in April 2019 and quickly signed-off a strategy with his boss, chief executive Alexander Lacik, to increase the headcount of the digital team by about 100 people.

Walmlsey inherited a team that was mainly based in Baltimore, Maryland. The company was keen to develop a new digital base close to its Danish head office. Space in the HQ was limited, so plans for the dedicated hub were hatched.

However, as Walmsley and his senior colleagues began developing their plans for the hub, it became clear to all those involved in the project that the dedicated workspace could in fact be used to help build the workplace of the future.

"The starting point was that there wasn't enough space for us in HQ, but then it became about creating something that was more than just office space. We started thinking: 'does this give us a way to trial new ways of working?'" he says.

The organisation focused on the activities, such as data-led innovation with key vendor partners like Adobe around new customer-focused services, that would take place in the hub and how those could be supported culturally, such as through flexible working-styles and the physical use of space.

Activities are organised around team neighbourhoods rather than giving everyone fixed desks. "The space itself is very fluid," he says. "Everyone in the office knows they can pick furniture up and move it around. So the space continually evolves all the time."

When it comes to working styles, Walmsley is a big advocate for Agile working methods. The flexible nature of the working space in the hub is an extension of many of the iterative principles associated to that methodology.

"The team is constantly iterating and treating the office as an Agile product. They're moving the space around to optimise it and I find that very exciting," he says.

Pandora's decision to start working on the development of a future-thinking workspace back in 2019 became even more important during the past 12 moths, when many IT professionals started working from home.

As the workforce has expanded through 2020, many of the newly recruited employees have had to join the hub as remote workers. Walmsley says the company has onboarded people recently who "literally received a laptop and a box of stuff through FedEx".

The digital team has used many of the underlying cultural principles of the hub – such as Agile working and team-based collaboration – to support the shift to a new blended way of working. Socially distanced workers, for example, were made to feel part of the hub through a two-day boot camp focused on team culture and work processes.

"And that really helped gel people together and gave them an instant sense that this is an exciting place to be an, even if you're sat in an apartment in Rio de Janeiro – and we actually did have two people join us from Brazil during lockdown," he says.

Walmsley says the hub will continue to source global talent from around the globe in the post-COVID era, whether those employees are based in Denmark or whether they login from remote locations. Pandora's hub was born of a need to create a dedicated space for its digital expertise, but it's inherently flexible working culture is an example of the kind of blended workspace that technology leaders will need to cultivate in the future.