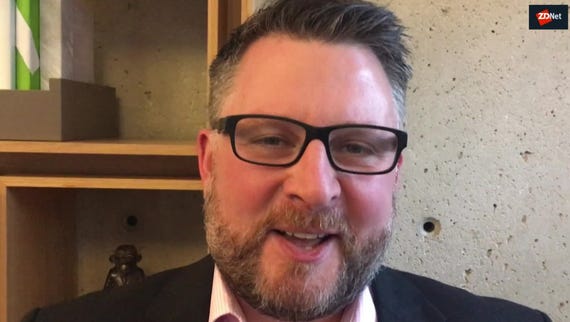 Q&A: Scottish CDO on perfect partnerships and how robots will make us more creative
Watch Now

What is a chief digital officer?

Definitions of the role of chief digital officer (CDO) focus on the core responsibilities of this new executive role -- the transformation of traditional operations using digital processes. CDOs aim to generate new business opportunities, revenue streams and customer services from the adoption of digital technologies. That could take any form from the relatively mundane -- replacing paper forms with a digital equivalent -- right through to reorganising entire business units.

Albert Ellis, chief executive at recruitment firm Harvey Nash, says his firm has placed a number of CDOs, particularly in large companies in the US. "The reality is CDOs are business-facing individuals that often don't have a background in technology," he says. "They're specialists in digital business models."

How does the chief digital officer role differ to that of the chief information officer?

Because the chief digital officer role is so reliant on the use of technology, there is an overlap with the chief information officer (CIO) position -- and there's some competition as a result, says Ellis. Yet rather than being experts in IT implementation, CDOs are commonly characterised as change agents.

"Where CDOs can be very effective, and can initiate new approaches quickly, is where they buy cloud services and avoid in-house IT development in a traditional sense," says Ellis. "CIOs remain the owners of the technology infrastructure of any company."

CDOs will have a slightly different skill set; while they won't always have the technical detail, they tend to be strong communicators. They talk about the power of disruption and get people to buy into their vision of change. Darren Curry, CDO at NHS Business Services Authority, says the role is about more than implementing digital services.

"I support people, identify a vision and enable our people to do their very best," he says. "I see myself as leader who removes the blockers and barriers to allow our people to achieve their aims for our services. That's what I feel any leader -- whether that's a CDO or another senior role -- should be working to achieve."

Other job titles in the same ballpark: the other CDO -- the chief data officer -- who is responsible for a companies data strategy (and security) and the chief technology officer (CTO), who is mostly tasked with understanding deeper technology trends and opportunities.

CDOs may also have relationships beyond the IT department, in particular the link between the CDO and the chief marketing officer (CMO) is another one to watch, as many digital initiatives have traditionally been initiated by the CMO in the past. There's also the other CIO -- the chief innovation officer -- to throw into the executive alphabet soup, although this role is most likely looking at future potential rather than using digital to rethink existing business processes and structures.

However, it's worth noting that the precise responsibilities of each CIO, CTO and CDO will vary from organisation to organisation. And not every organisation would have all these job titles in their leadership team, of course.

Back in the dim and distant past of 2013, businesses saw the rapid rise of Amazon, Uber and Airbnb, feared the potential power of digital disruption, and questioned whether the traditional IT leader was the right individual for the job.

Some of these organisations appointed CDOs to see through a digital transformation project. KPMG director Peter Ironside says his firm's research suggests that when companies have appointed digital chiefs, half are dedicated CDOs and the other half are CIOs acting as CDOs.

PwC consultancy practice Strategy& reported 19 percent of the world's 2,500 largest public companies had a CDO in 2017. In Europe, that figure was as high as 38 percent. Those figures make it sound as if the CDO has become an established presence in the C-suite, helping to transform organisations through digitisation.

What happens to the chief digital officers when digitisation is done?

As we've learnt during the past decade of rapid and radical change, new technology is always -- to quote tech analyst Gartner's hype curve -- climbing the peak of inflated expectations. Businesses have had to deal with the emergence of mobility, cloud and big data, and soon they'll be dealing with artificial intelligence, 5G and quantum computing.

This process of continual evolution should be more than enough to keep digital leaders busy. Yet emerging technology is no guarantee that organisations will continue to employ CDOs.

What is the threat to the chief digital officer role?

Change projects tend to have a finite lifespan with ring-fenced funding and clear aims, such as implementing cloud services or creating multi-channel operations. When these projects end, so might the position of CDO. For Ian Cohen, CIO at Addison Lee, the death knell is already sounding.

"Chief digital officer has had its time," he says, recognising the inherent association of CDOs to big-bang transformation. "Most digital people describe themselves as a catalyst for change. That's great but if you know your chemistry, you'll know that a catalyst does its job in the chemical reaction and ultimately disappears -- that's hardly a career."

What will happen to the chief digital officer?

The CDO Club, which is the world's largest community of C-suite digital and data leaders, says it has 5,000-plus registered members. How many will still be in situ by the end of the decade is up for debate. Perhaps the interesting aside is that the CDO Club also includes data leaders. As we alluded to above, in some contexts CDO stands for chief data officer -- and experts on all sides agree the data leadership role is on the up.

It is, however, unlikely that digital chiefs will sidestep into data leadership. While digital officers major on business leadership and customer experience, data officers are experts in analytics, algorithms and the application of insight.

What keeps CIOs and chief data officers relevant is their management of a specific resource -- systems and data respectively. Chief digital officers, on the other hand, manage something far more ephemeral: digital transformation. To survive, they're going to have to take a different route and manage something else.

What comes after the chief digital officer role?

Someone that's already moved into new areas is Alex von Schirmeister, who joined RS Components in late 2015 as CDO. It quickly became clear that digital acceleration would require him to assume an expanded role, with responsibility for product development through technology implementation and innovation.

"You naturally start taking on much broader roles than you might have in the past," says von Schirmeister, who is now chief digital, technology and innovation officer at his firm. "You realise quickly that you don't just need to be the CDO -- you also need to think about product development, building the technology and innovating."

This continual evolution in the digital leadership role is as true for CIOs as it is for CDOs. Take Ian Cohen, who says his global CIO role at Addison Lee is more akin to that of a chief product and technology officer. These executives have end-to-end accountability for everything from their company's product propositions through to the technologies used to deliver them.

"This is an emerging class of business and technology leader," says Cohen. "Such roles require a sophisticated combination of an obsession with the customer experience, highly attuned business and commercial skills combined with a deep grasp of the technical and a pragmatic approach to getting it done."

Is the CIO losing their grip on tech decisions?

Digital transformation means tech strategy decisions are being made beyond the walls of the IT department. But is there still a role for the CIO?

What is digital transformation? Everything you need to know about how technology is reshaping business

Internet of Things projects: Why your business needs to build a digital double

With AI spreading into marketing, a new breed of marketing professionals is rising in the enterprise, according to an IBM Watson Marketing report.

The company will open Google Hudson Square in the West Village.

Join Discussion for: What is a chief digital officer? Everything...