This crazy idea floats around tech media that people upgrade their iPhones every year, and that if you don't, you're somehow a weirdo. That's not true.
Written by Adrian Kingsley-Hughes, Contributing Writer on Oct. 14, 2020 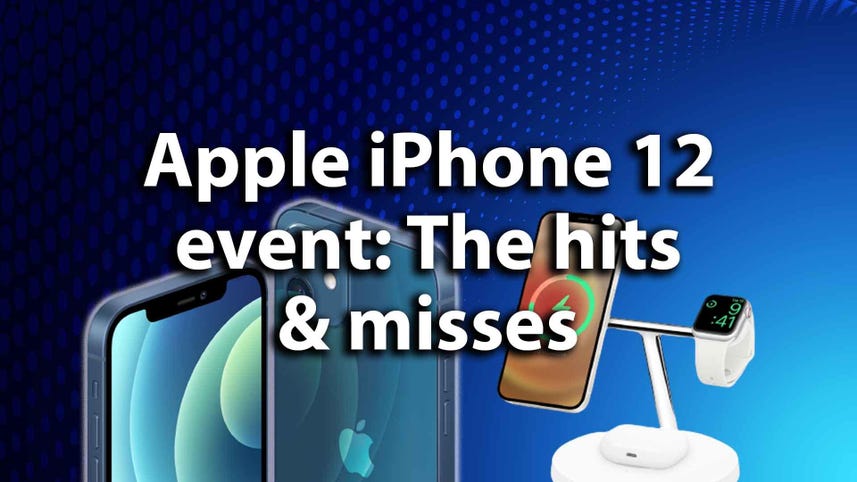 Yesterday saw Apple unveil the new, much anticipated and widely leaked, iPhone 12 line up. This is always an interesting time of year because I've noticed that even before Tim Cook has announced how much these new slabs of glass and silicon will cost, the tech media is awash with frothy "So guys, which iPhone 12 are YOU going to be getting?"

There's this weird idea in the industry that regular people upgrade their iPhones every year, and that if you don't, then you're somehow a weirdo.

I'm not sure where this idea originated.

Maybe it's overexcitement from too much caffeine and way too much screen time. Maybe it's because as reviewers we get things too easily and have a disconnect with the true value of things.

I don't know. But there's a disconnect from reality.

When Apple releases a new iPhone lineup, the company has very specific markets in mind, and if you think that "people who upgrade every year" features high on that list, I've got bad news for you.

The truth is that not many people out there drop several hundred dollars every year on a new iPhone (or any phone for that matter). That's not to say that people don't do this, and it's not to say that if you've taken care of your iPhone and not wrecked it that you couldn't sell it for good money and make an upgrade quite a small investment (but that takes time and effort).

But the truth of the matter is that people who upgrade yearly are not high on Apple's radar. I'm sure the sales are nice, and that Tim Cook doesn't send people their money back, but this isn't where the bulk of Apple's iPhone business comes from.

The iPhone 12 is NOT for you if you bought an iPhone 11 last year.

The bulk of Apple's business is people upgrading after 24/36 months of ownership. These are the people who will see the most benefit from the faster processor, improved camera, and greater storage capacity.

If your iPhone is a few years old, feeling a bit tired, and the battery is beginning to wear out, this will be a significant jump.

Another category that Apple is wooing is Android switchers. You know, people who swore allegiance to the little green robot, but who are now jumping ship. A few years ago, Android switchers represented "the lion's share" of Apple's iPhone sales during some quarters.

I'm sure there are still a lot of switchers.

Apple is also going after those people who may have bought a cheap iPhone, or been given one. This is where handsets like the iPhone SE come into play.

There are also still people who want a smaller iPhone but didn't like it when Apple switched up to bigger screens because that meant a larger phone.

This is where the iPhone 12 mini comes in.

Everything Apple does is carefully engineered to maximize sales appeal, minimize cost, and keep quality at a place where people aren't going to complain too much.

Trying to sell iPhones to people who upgraded last year would be just too hard.