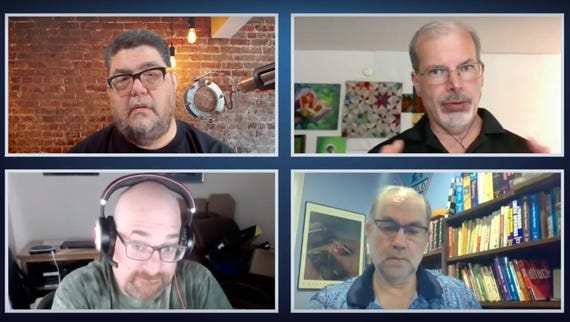 Who are the players in the battle over 5G and why do we care?
Watch Now

At this week's big iPhone 12 announcement, Apple joined the ranks of vendors --  Samsung, OnePlus, LG, and others -- offering 5G-capable phones. It's exciting, right? After all, if 4G was good, 5G has to be better. Right?

But here's the thing: While 5G has long-term potential for overall telecommunications infrastructure, it doesn't appear to have many near-term advantages for smartphones. In fact, it would seem that if you're paying just to upgrade your phone to 5G, you're probably wasting money.

In this article, I'll explore five reasons it's hard to get happy about 5G - at least for this generation of smartphones.

1. Not available in most areas

Sure, 5G will be built out tower-by-tower across the United States. But right now, it's pretty unimpressive. Here's what CNET wrote in June about connectivity:

That's a best case of 22% of the time. That means that four out of five calls made using the provider with the highest percentage of 5G connections aren't able to use 5G.

Sure, you might want to stream your favorite movies in 4K. But here's a fact of life: If you're watching a movie on a smartphone, it's going to be just as pretty in 1080p as in 4K. The screen is too small to make all that much of a difference.

If you're investing in a brand new phone because you think 5G will make your on-phone video watching experience will get oh-so-much better, think again. It won't.

3. Data caps are still going to be there

Mobile broadband vendors love them their data caps. Even if you have a supposedly unlimited program, you have data caps. Ask anyone who has an unlimited Verizon plan and then tries to live off of their phone's hotspot: unlimited is not unlimited.

If you're going to try to stream that 4K movie, all you're likely to do is move the data cap closer to "I can't believe I ate the whole thing" a little faster.

If you think you can use your 5G phone to bypass terrestrial broadband and get real remote work done regularly via your hotspot on your phone, think again. Vendors will either shut you down or slow you down. Getting 5G isn't going to suddenly open the door to bandwidth excess.

4. Major 5G use cases have very little to do with smartphones

The biggest use case for 5G is the cost reduction and maintenance improvement for the carriers. 5G should, once it's rolled out, prove less expensive to operate and easier to maintain. But do you seriously think the communications companies are going to reduce your fees? No way.

As ZDNet's Scott Fulton says in his deeply informative 5G backgrounder, there are five initially prominent use cases for 5G: driverless automobiles, AR and VR, cloud computing, advanced IoT, and healthcare. None of these (with the possible limited exception of future AR and VR capabilities) are features that will benefit smartphone users.

5G is not a perfect technology. There are numerous ongoing controversies, ranging from the technical, to the geopolitical, to the nutball.

Take, for example, the legitimate concern, voiced in the Journal of Nature, that 5G deployments could interfere with weather satellites - and therefore weather forecasting, public aviation, and even defense naval operations.

Then, there's Huawei. Both the US and the UK are concerned over the manufacturer's role in 5G and possible national security implications.

There's the insane number of endpoints, towers, and wires required, because 5G uses a lot more towers than 4G. This is not making people happy in many communities, as the Wall Street Journal reports.

And all of that is before we even get into the unfounded conspiracy theory that 5G is causing the coronavirus, which has led to a string of arson attacks against 5G towers.

So, should you care about 5G?

Yes. And no. 5G may well become an enabling technology for wireless broadband sometime in the future. It's certainly the technology the telcos have bet on to reduce costs and increase revenue. So, in the sense that this is a technology you're undoubtedly going to need to be aware of and deal with, yes, you should care about 5G.

But 5G in your smartphone? Not this year. Not next year. While some writers, like our Matthew Miller, have reported good connectivity with 5G, it's not going to be something most of us can make use of during at least this next phone cycle.

My recommendation: unless you're in a 5G hot zone, you don't need to buy a new phone because it has 5G.

What do you think? Are you all excited about 5G and rushing out for a new 5G phone? Let us know in the comments below.

Join Discussion for: Buying an iPhone 12? Upgrading to a 5G phone...